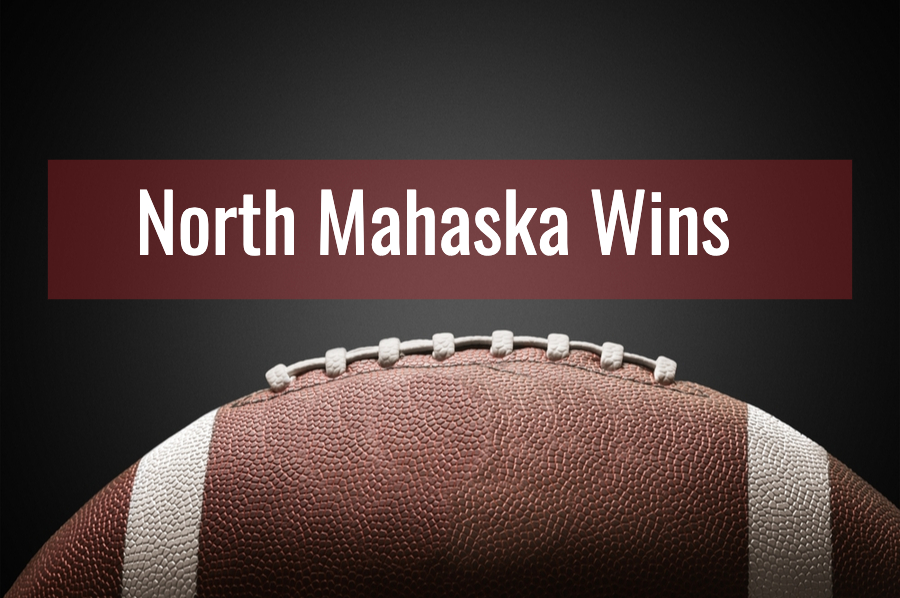 COLFAX – There was some late night noise Friday when the members of the North Mahaska football team returned to campus following their game at Colfax-Mingo. For the first time in two seasons and just the third in four seasons, players rang the victory bell.

North Mahaska used a solid defensive effort (four interceptions) and 389 yards of offense to ruin the Tigerhawks’ homecoming, 48-12. It was the first win since NM defeated Martensdale-St. Marys 34-12 on Sept. 28, 2018.

North Mahaska (1-1) scored twice in the first quarter and added two more in the second to take early control 28-6 at halftime. Colfax-Mingo (0-2) scored first, then the Warhawks took over and controlled the game.

“This week, after getting down a touchdown on Colfax-Mingo’s first drive, they responded by focusing on their own play and ignoring the score,” said NM coach Phil Griffin. “It paid dividends as the offense, defense and special teams played as though the score didn’t matter.  We took the lead and never looked back.”

“Looking back, the game was one of big plays rather than ‘grind it out’ football,” said Griffin. “Two interceptions for TDs and two long passes for TDs helped us break the game open. Looking ahead, the coaches hope the boys realize they have to be ready for anything in a game.”

As prolific as the defense was, North Mahaska had the offense clicking rushing for 283 yards on 37 carries and adding another 106 through the air scoring five TDs on offense.

Senior Dylan Klinker rushed for 114 yards and senior Dominic DeBoef added 99 on nine carries. Junior Sam Terpstra threw for 106 yards hitting 6-of-9 aerials with two TDs. Sean Knockel hauled in two passes for 44 yards and a TD while Readshaw converted a 41-yarder into a TD.

“The team responded to the coaches’ challenge to become more aggressive and play with heart,” added Griffin. “Overall, we are still a young team in age and experience, so the boys do not know how to respond to adversity during games, which contributed to our defeat in the East Marshall game.

“Next week, we have a big challenge in Grundy Center, who was the Class A runner-up in 2019. We will be on the road for the second week in a row and will step up to the challenge.”