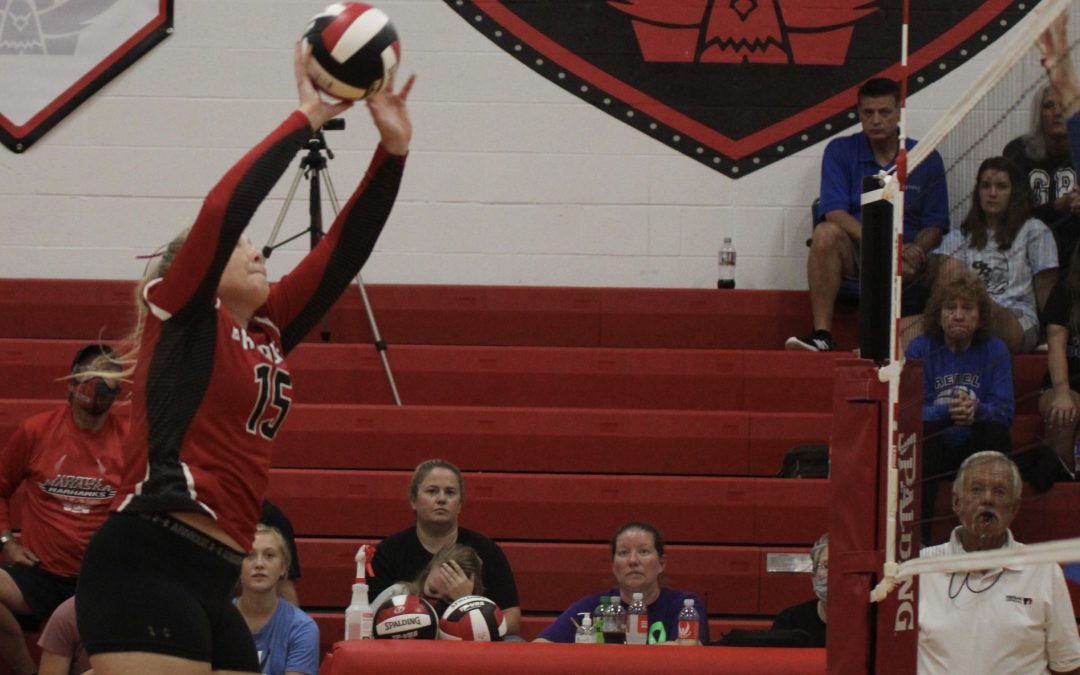 NEW SHARON – North Mahaska traditionally meets Gladbrook-Reinbeck at the Montezuma Tournament, but this year the Class 1A No. 12 ranked Rebels came to New Sharon Sept. 1 when the tourney was canceled due to concerns over the coronavirus. The Rebels swept North Mahaska 3-0 winning 25-12, 25-10, 25-18.

“Gladbrook-Reinbeck has a very talented and athletic team,” said North Mahaska coach Jim Woods. “They quite [possibly could be the best team we will face this season until the postseason, maybe not even then. Thy are good.”

GR handled the Warhawks in the first set, but NM rallied and made comebacks after trailing, although short, in the final two sets. Although recording just one service ace, North Mahaska had a solid night at the line going 35-of-37. Senior Madison McKay went 9-for-9 with the lone ace. Sophomore Jalayna Shipley was 8-for-8 and junior Alyssa Scheihing served 5-of-5.

“Our players never gave up and in fact came back in sets two and three, which is

a positive,” said Woods. “I was impressed by the play of both middle blockers with Layla Hargis leading in kills and Breanna Fogle having five blocks.”

Hargis recorded nine kills, served 5-for-5 and recorded three blocks. Fogle had five kills to go with her blocks. Junior Zoe Deucore and Shipley led the team in digs with nine each. Deucore led the team in assist with 14 and junior Kaitlyn Van Donselaar had eight.