Redhawks Pass Their Way Past NM 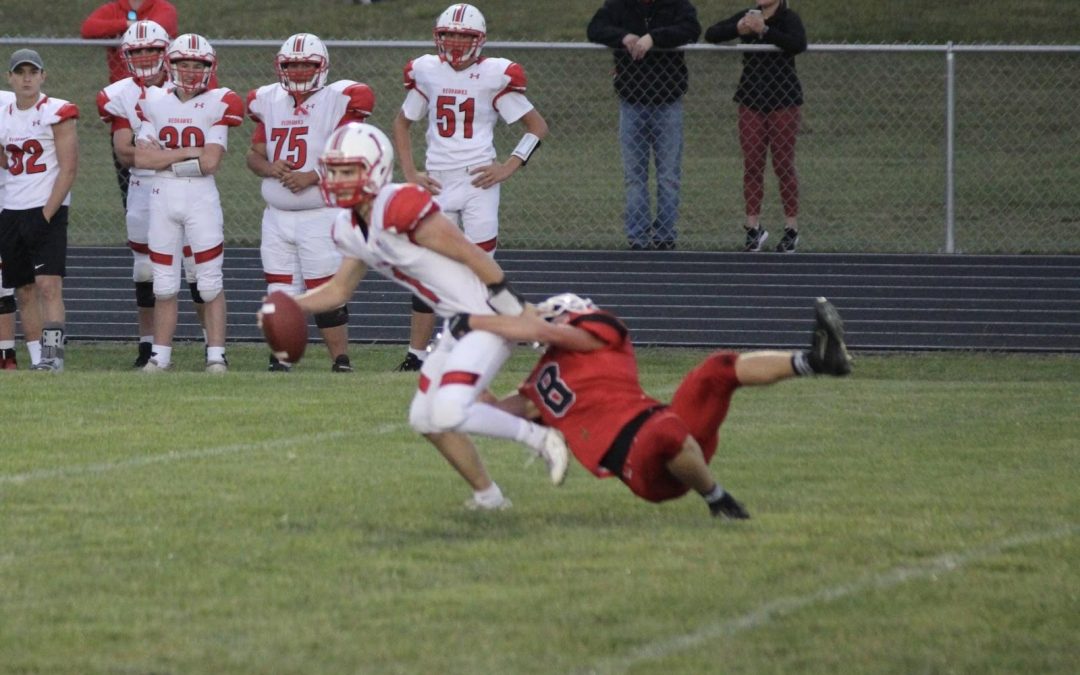 NEW SHARON – For three quarters North Mahaska was in striking distance of the pesky North Tama Redhawks. The final quarter unraveled with penalties and a stolen interception to allow the Redhawks to win 29-12.

For those who like an aerial game, they enjoyed Friday’s contest. North Mahaska’s Sam Terpstra and North Tama’s Gabe Kopriva combined for more than 400 yards, four touchdowns and three interceptions. Kopriva accounted for 304 of the yards as North Tama rolled up 405 yards in offense.

Terpstra went 6-for-11 passing for 137 yards. He hooked up with Dominic DeBoef on a 27-yard score in the third quarter. That followed a 1-yard plunge by Dylan Klinker in the second. NM could not muster enough offense to overcome the Redhawks.

It was the ground game that was troublesome for NM. Terpstra led the way with 12 carries for 38 yards, but tackles for loss by the remainder of the backs saw the Warhawks in negative numbers on the ground.

Defensively, the Warhawks picked off Kopriva twice. Blake Readshaw and Jaydyn Steil each recorded one. Readshaw also led the team in tackles with six and in receiving with two catches for 72 yards.