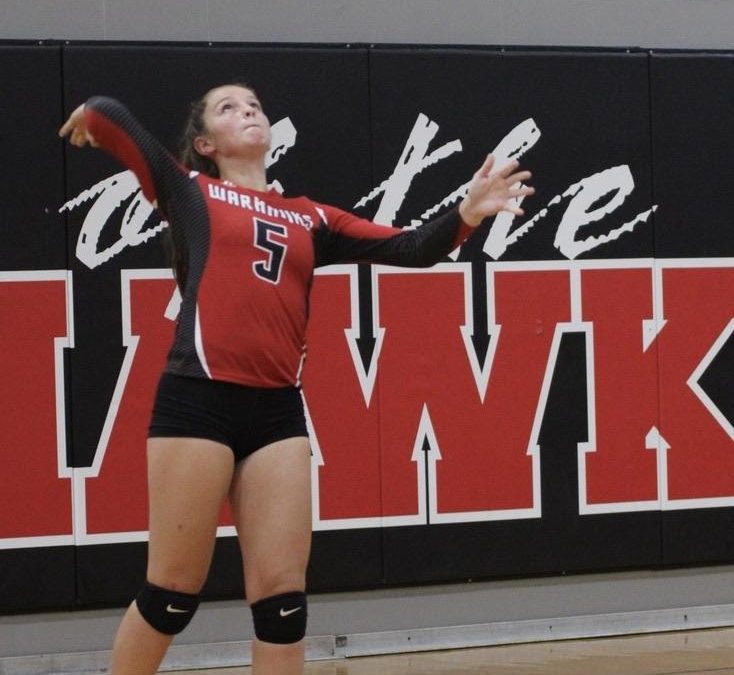 When you are the only senior and you are recognized before a meet, you hope to have a good night. Madison McKay did not let the spotlight dim as she led North Mahaska to a three-set victory over BGM Monday night. North Mahaska won by set scores of 25-10, 25-14, and 25-8.

“Last night was senior night for us,” said coach Jim Woods. “Madi, being our only senior, put on a stellar performance hitting .619, with 15 kills, two errors on 21 attempts. She also had three aces and five digs.”

Another factor is that the school is celebrating homecoming week, which added fuel to the red hot Warhawk fire. McKay was able to receive strong support, particularly at the service line. North Mahaska went 64-of-67 at the line with 12 aces. Breanna Fogle was credited with six kills and Layla Hargis had two blocks. Jalayna Shipley recorded 14 digs and Zoe Deucore and Kaitlyn Van Donselaar earned 12 and eight assists respectively.

“The players were definitely upbeat with homecoming week and all so that helped,” said Woods.“