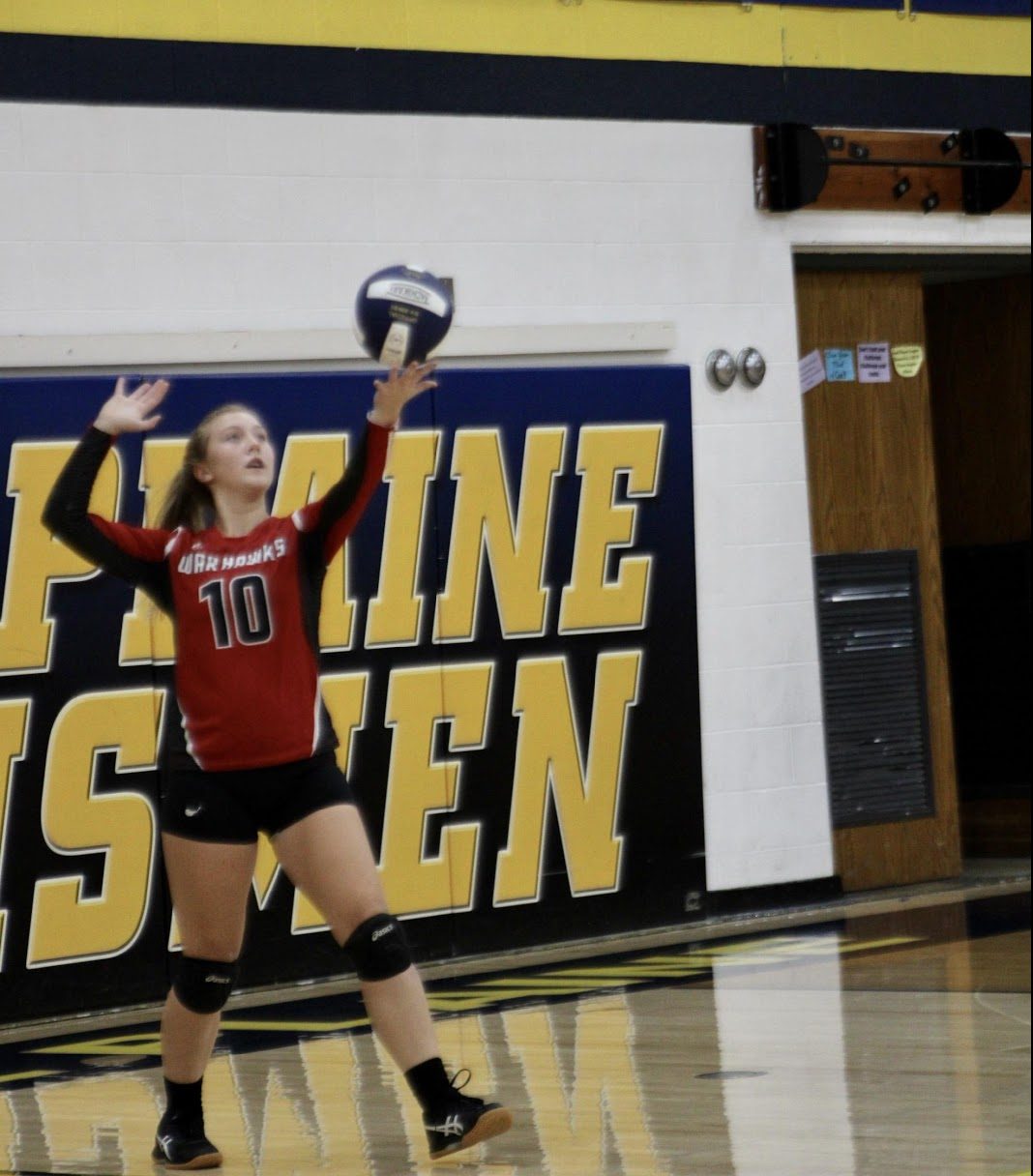 BELLE PLAINE – North Mahaska went on the road for the start of the South Iowa Cedar League volleyball tournament Monday night with a trip to Belle Plaine. They faced Tri-County in the opening match winning in three sets, 25-16, 25-7 and 25-14. In the pod final Belle Plaine, won in three sets, 25-12, 25-9 and 25-8.

North Mahaska continues to play with primarily a junior varsity roster due to COVID isolation and quarantine. That fact did not stop the Warhawks as they defeated tri-County for the fourth time this season. Tri-County made it harder than previous matches in games one and three but could not gain enough momentum.

In the final set, NM led 9-5 when junior Carlie Scholtus stepped up and served the Warhawks to a 12-6 advantage. They were able to pull ahead for the win.

No statistics were available for Tri-County.

Against Belle Plaine, North Mahaska worked hard against the talented Plainsmen, but did not have an answer for the attack. BP scored 22 points on service aces. Hitters Alyssa Tegeler and Nicholaa Phillippe collected 15 and 12 kills respectively. 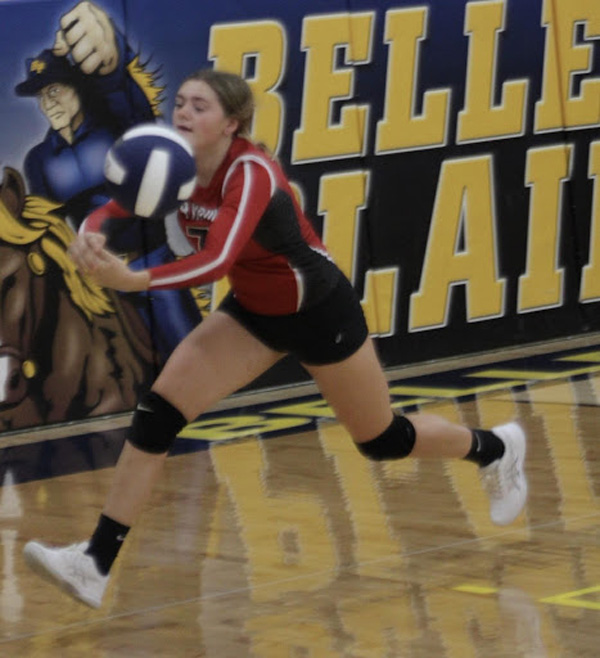 Lexi Van Utrecht tracks down a ball to back into play for North Mahaska against Belle Plaine.

Senior starter Madison McKay led the way on the night with 19 kills, five digs and served 18-for-21 with five aces in the two matches. Juniors Lexi Van Utrecht and Carlie Scholtus stepped up with five kills apiece. Van Utrecht led the team in digs with eight and had the lone NM block. Groom led in assists with 10 and Sampson had eight.

“Since we defeated Tri-County, we had to then play the Belle Plaine Plainsmen,” said coach Jim Woods via the team Facebook page. “It was a much tougher ordeal since BP is a ranked foe and our varsity was a little shorthanded due to contact tracing.

“All things considered the Plainsmen had the better team on the court. However, not by any means do I discount our performance. We fear no one and yes due to the nature of sport, there will always be a winner and a loser.”

North Mahaska will play in the silver bracket with Lynnville-Sully, Iowa Valley and Sigourney on Thursday. The site had not been announced as of Tuesday morning.