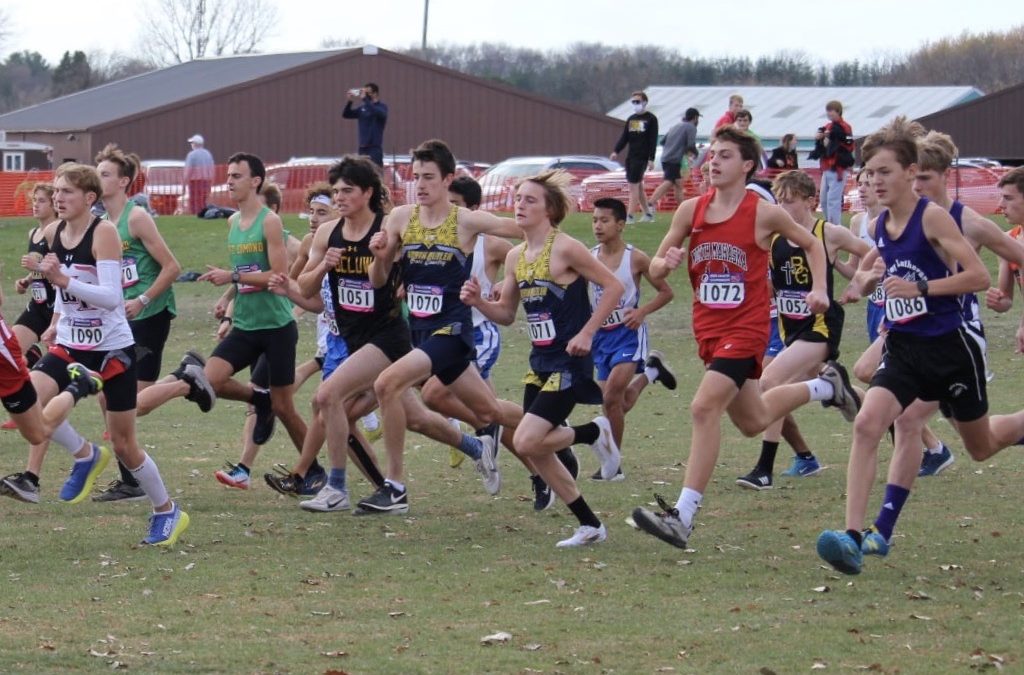 Cool temperatures and a 10-mile an hour wind swept across Lakeside Golf Course in Fort Dodge Saturday as North Mahaska’s Lane Harmon joined more than 150 runners at the state Class 1A cross country meet. Harmon, a sophomore, was making his debut at the state meet.

Saturday capped off a busy week for Harmon. He qualified for the state meet on Oct. 22, began training for the state meet, celebrated his 16th birthday and received his driver’s license on Tuesday. He had a huge send off at school on Thursday and was led out of town on Saturday morning by the fire department with fans cheering him on.

Harmon said the sendoff by his schoolmates on Thursday and the community on Saturday got him pumped and ready to run and show of support was encouraging.

“It really got me excited to go run after seeing all that support,” said Harmon. “It was really exciting to see all those people support me.”

Needless to say, Saturday’s state meet was the largest meet of Harmon’s young career. After a week of preparation, he had set a goal of finishing in the upper half of the field and ahead of his fellow SICL runners. 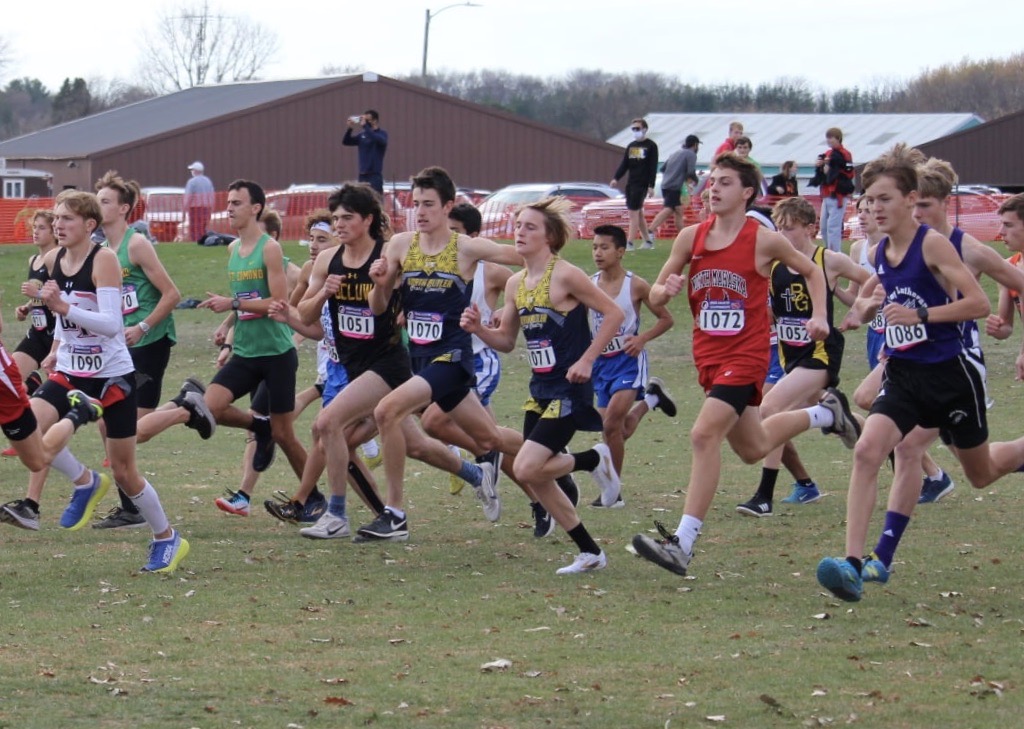 “I didn’t hit any of my goals, but now I have experience,” said Harmon, “I wanted to be in the top half and since I knew how the other guys run, I knew I wanted to be ahead of them but that didn’t happen.”

Running on a first-time course and add in the wind were both factors according to Harmon.

“The course is a lot like Williamsburg,” said Harmon. “Coach (Kipp Schuler) told me before the race that the ‘real race starts after the first turn.’ The first part is about 800 yards long. There was a lot of bumping going around that corner. You don’t see that a lot during the season.”
His time was not what Harmon was hoping for but he was shocked at the pace of the top contenders.

“I was not expecting that,” said Harmon. “Class 3A and 4A runners just run so I did not expect a sub-16 in 1A. I went into it just like any other race and hoping to hit my goals.”

There was not much disappointment in his voice but he was quick to state what he has learned from running and encourages younger kids to consider the sport.

“You can never, ever give up, you really need to go out for XC,” said Harmon. “It is a very brutal sport, but the results are worth it.”

Next up for Harmon is basketball season but look for him to be running for coach Schuler on the track this spring. Harmon also has his sights set on two more trips to Fort Dodge. With that never give up attitude, he has a good shot.