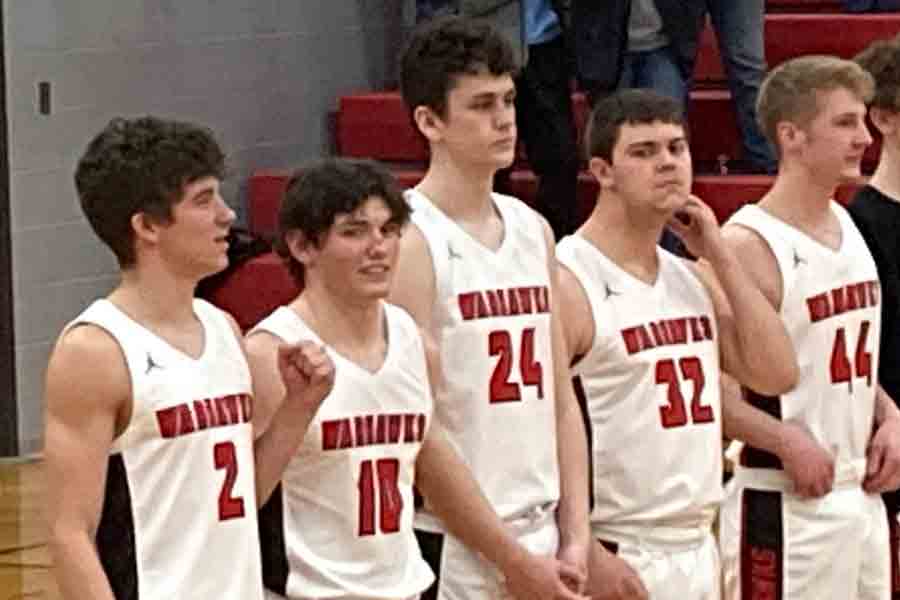 Senior night is always one of those emotional nights. Add in that you are playing one of your rivals and it makes for an even more emotional night. Friday was the final regular season contest for Class 1A teams and North Mahaska was hosting Lynnville-Sully, a team they defeated early in the season 65-55 at Sully. Friday’s contest was a similar outcome with NM coming out on top, 64-59.

NM coach Seth Streebin started his five seniors Dylan Klinker, Blake Readshaw, Addy Bollman, Ty Kelderman and Brady Sterling. Klinker exploded with a 9-point fourth quarter to rally back from a 42-41 deficit. Klinker finished with 18 points and Readshaw hit for 12, most coming in the first half.

“These five seniors have poured their hearts out for this team all four years,” said Streebin. “These five were really the first ones that were ‘my’ guys. They learned their roles and carried them out.”

Lynnville-Sully jumped on top 8-0 to begin the game but Readshaw hit a traditional 3-pointer and a trey to help the Warhawks close to a 10-10 tie. Preston Rodibaugh hit his third triple to give the Hawks a 13-10 lead after one period. Three-pointers were the weapon of the day for both teams. North Mahaska hit 10 of them and Lynnville-Sully drilled 12. 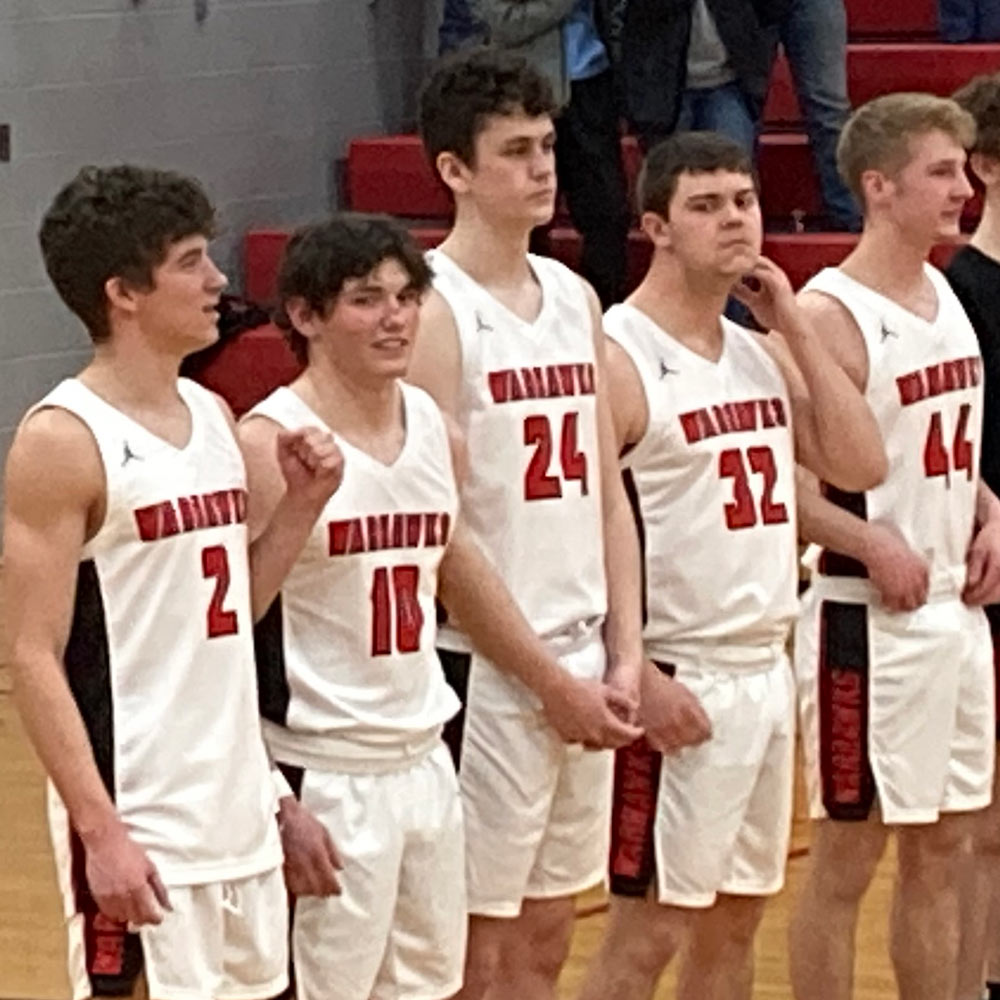 North Mahaska seniors Blake Readshaw, Dylan Klinker, Addy Bolman, Ty Kelderman and Brady Sterling were honored before their final regular season game as starters. They led the Warhawks to a 64-59 victory over Lynville-Sully.

In the second quarter, sophomore Nash Smith hit a pair, as did Klinker. Readshaw added another as the Warhawks took a 34-31 halftime lead. In the final four minutes, L-S led 52-51 before North Mahaska went on a 9-point run spearheaded by a Klinker trey, and a trey and deuce by Smith. From there, it was a free throw contest, an area of NM’s game they have struggled with this season.

However, solid ball movement took time off the clock and the Warhawks hit just enough free throws to secure the victory. The two teams could possibly square off again in a district final. North Mahaska (15-4) hosts Melcher-Dallas Monday at 7 p.m. Lynnville-Sully (12-8) hosts Sigourney on Monday at 7.

Klinker was on edge after a couple steals did not materialize in the final two minutes. He slapped his hands together and the defense stiffened.

“I really didn’t say anything about this game, I did not have to,” said Klinker. “I clapped my hands really to get me going.”

Corder Noun Harder led the Hawks with 24 points and Rodibaugh had 19. North Mahaska finished third in the conference race while L-S was fourth.