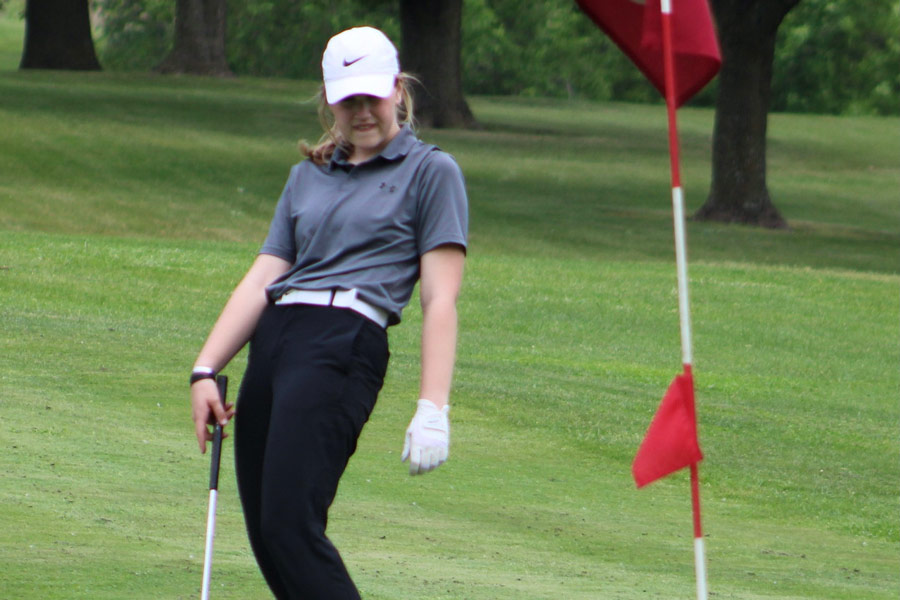 Macy Moore closed out her North Mahaska golf career just three strokes shy of qualifying for the state meet. Moore shot a 99 at Prairie Knolls Monday to place 12th overall. The top six and ties go on to the state meet whether they are members of the state qualifying team or not.

The entire field was chasing Lynnville-Sully’s Greenlee Smock, who shot a 1-under par 73. New London’s Taylor Phillips took runnerup with an 84. Sigourney, which won the team title, placed two golfers in the top six and three in top eight. Moore needed to shoot a 96 to have qualified for the state meet next week in Ames. 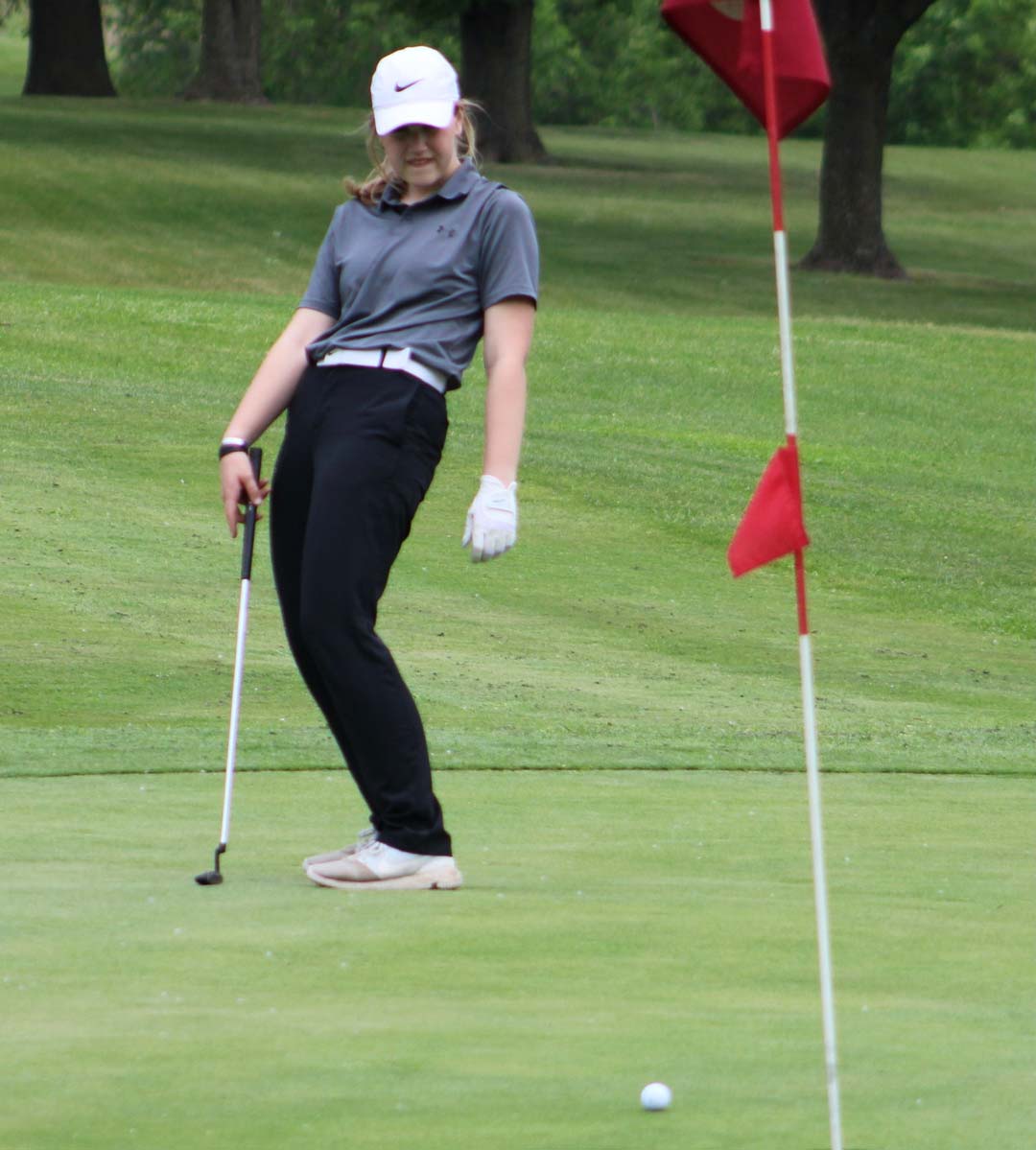 Senior Macy Moore adds a little nudge as her ball heads to the hole at the regional final at Prairie Knolls Mat 24.

Moore scored two pars and a birdie during the 18-hole round. Temperatures reached the low 80s and many of the coaches were talking to their golfers about drinking water to keep hydrated. Most meets during the season are 9-hole affairs where state qualifying rounds are 18.

Moore, who earned a slot on the South Iowa Cedar League team following the conference tourney, ranks 50th in Class 1A with a 9-hole average of 51 and 95.67 for 18. She ranks seventh in the SICL overall.