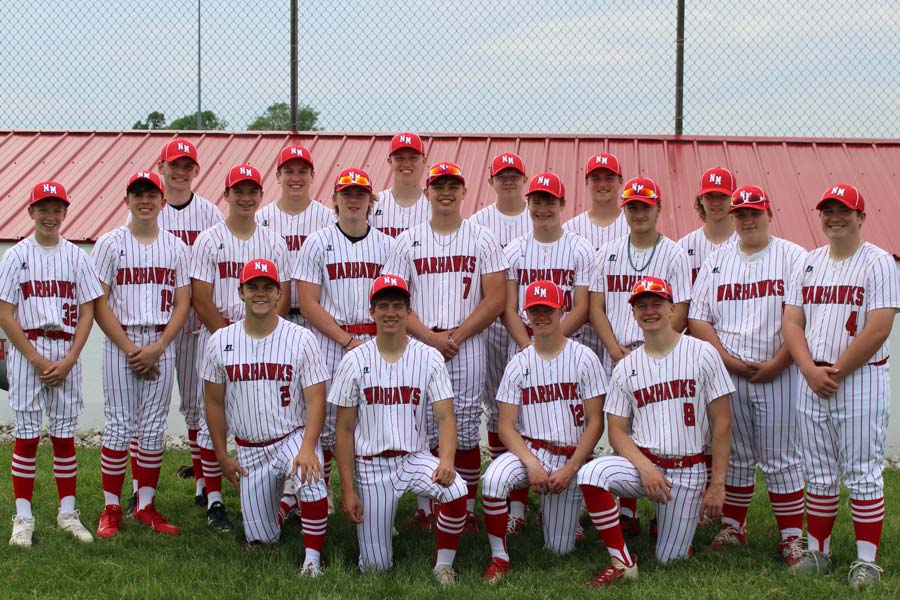 North Mahaska will have a strong nucleus coming back to make a run at the South Iowa Cedar League baseball title. Coach Kevin Kelderman hopes his team can build on last season’s 8-7 mark.

Kelderman had a3-0 mark on the mound with 3.73 earned run average. He gave up 22 hits, walked four and led the team in strikeouts with 34.

“Two that have looked good so far are Nate Sampson and Nolan Andersen,” said Coach Kelderman. “We do have other young players that show promise.”

Kelderman sees his Warhawks challenging Sigourney, Keota and HLV for the conference title.

“Sigourney has a lot of talent returning and the pitching depth that you want,” said Kelderman. “Keota is another strong contender as they have a lot returning also with probably the most dominating pitcher in the conference. HLV is still one of the favorites as they won the conference the last couple of years. I know they lost some valuable players, but that winning experience will be valuable for them.

“We have the talent and potential to finish towards the top. Pitching depth is always the key. I like the talent we have returning, but we have to come up with the key hits this year.

“We were good offensively last year but lacked consistency at the plate when it was needed. Consistency at crunch time and in the field will be key for us to compete.”

North Mahaska has a busy first week going to conference foe Tri-County for a nonconference game on Monday, May 24, then going to Pleasantville the next night. They host Colfax-Mingo on Wednesday then have a day off before hosting another SICL team in Lynnville-Sully on Friday. Playing four games in five days will give Kelderman an early look at his lineup. The next the Warhawks have three games including back-to-back games with BGM and Eddyville-Blakesburg-Fremont.