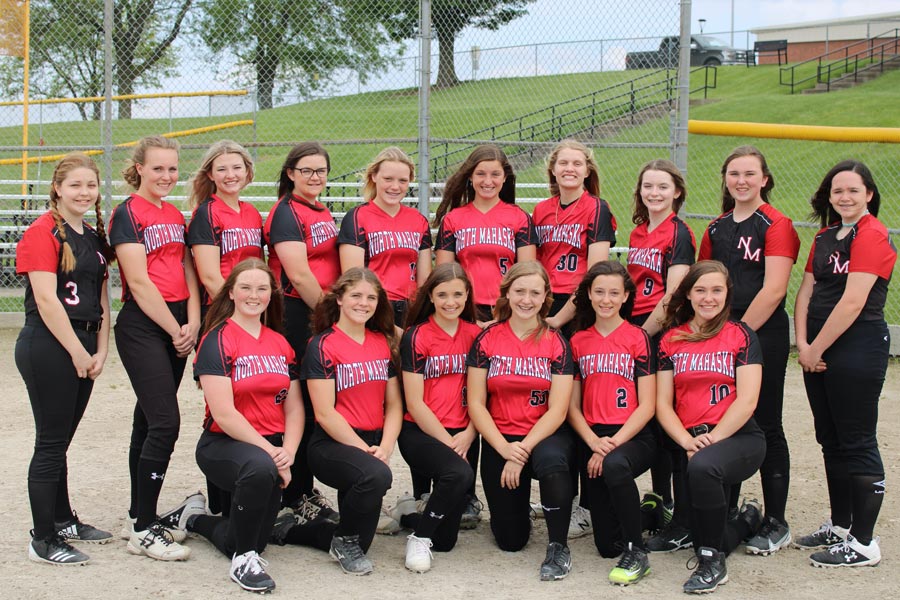 North Mahaska will have a new head coach as they open the 2021 softball season. Returning all-conference and all-state, all-district players should give the Warhawks a shot at the South Iowa Cedar League title.

Ashley Schroeder takes over as head coach, along with assistant Shauna Grewe. The team placed third in the league in 2020 behind Lynnville-Sully and Sigourney. Senior pitcher Madison McKay, who has earned all-conference, all-district and al-state honors in her five years with the program. Juniors Zoe Deucore and Morgan Hudson have both received all-conference laurels.

In a shortened season the Warhawks recorded a 10-8 overall mark and 9-2 in league play but could improve on that mark in 2021. Returning letterwinners include those already mentioned along with junior Breanna Fogle and freshman Colby Sampson. All five were starters a year ago.

Junior Alyssa Scheihing, sophomore Jalayna Shipley, sophomore Vanessa Murphy, sophomore Caitlin Sanders, and eighth grader Regan Grewe have shown promise in the preseason workouts and are expected to start or contribute strongly during the season.
Lynnville-Sully, who is ranked No. 2 in Class 1A and No. 5 Sigourney look to challenge the Warhawks for the top spot in the SICL. NM faces Lynnville-Sully on the road the first week of the season.

“In our shortened season last year, Lynnville-Sully finished at the top of the conference, made it to the state tournament, and was ranked at No. 4 in 1A to end the season,” said Schroeder. “They will definitely be the team to beat in order to win the conference. Sigourney, Colfax-Mingo, and English Valley will also be teams that cannot be overlooked.

“Our goal is to finish at the top of the conference. I strongly feel that we can compete with every team we face. We have some tough competition in our conference and will have to show up ready to go every day and earn our keep.”
McKay returns as the leading pitcher. She went 10-6 from the circle with a 2.58 earned run average. She struck out 123, walked 46. At bat, she hit .392 with 14 runs batted on 20 hits.

Hudson led the team in batting average at .510 with 13 hits and 19 RBI. She is the leading base stealer returning with three. Deucore batted .283 with four homeruns and 13 RBI.

“Although we lost some phenomenal seniors last year, I am so excited for the young girls coming up and how they mesh with our upperclassmen,” said Schroeder. “We have every piece of the puzzle when it comes to athletic ability and softball knowledge. Our goals are to build positive team chemistry and to come out and compete every single day.”

If Schroeder is able to blend the right people at the right time, they could make some noise in the SICL and have a shot to knock off the top two contenders. They open at Tri-County, travel to Colfax-Mingo and Lynnville-Sully in the first week of the season. They host Sigourney on June 11.