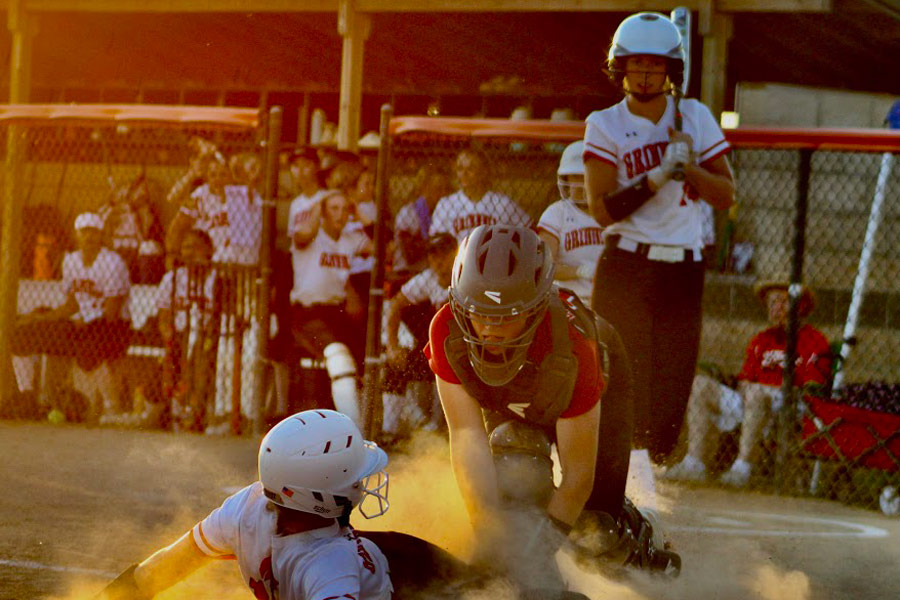 North Mahaska softballers had their busiest week of the season playing five games in five days including facing three state ranked teams. They finished the week 2-3 but hit the ball well. They ripped HLV Monday 16-1 then lost in the seventh to No. 5 in Class 3A Eddyville-Blakesburg-Fremont, 5-4. Wednesday the Warhawks topped Iowa Valley 9-0 then hit the road Thursday to take on then-No. 13 in Class 4A Grinnell and fell 4-0. Friday, they hosted No. 9 Sigourney in a South Iowa Cedar League game but came up short 8-0.

McKay picked up the pitching victory throwing a shutout. She scattered three hits, walked one and struck out 12.

Against Grinnell, North Mahaska had four baserunners reach third base, but they were unable to score. Grinnell scored its first run on a hit batter, two stolen bases and an error. Neither team could score over the next two innings. The Tigers broke the game open with three runs in the fourth but managed just one baserunner the remainder of the game.

Grinnell’s Ella Grife is tagged out by Regan Grewe of North Mahaska in the third inning. Grinnell went on to win 4-0.

McKay took the loss from the circle allowing three hits, three walks, a hit batsman and six strikeouts. She yielded no extra base hits.

Sigourney outhit NM 13-5 in the week’s finale. Kaylee Weber accounted for four hits with three singles and a homerun to drive in two runs. Macy Fisch had three RBIs on two singles. Weber’s solo shot in the second inning gave the Savages the lead. They added another run in the top of the fourth after Courtney Hemsley walked, went to second on a Weber single, moved to third on a bunt and scored on a groundout.

North Mahaska cut the lead in half in the bottom half of the fourth when McKay doubled. Singles by Grewe and junior Breanna Fogle allowed McKay to score. NM had just three baserunners in the final three frames.

Sigourney improves to 9-6 on the season and 5-1 in league play. Sigourney is in second place behind Lynnville-Sully. North Mahaska is 6-6 overall and 5-2 in the SICL. NM is in a four-way tie for third with Belle Plaine, English Valleys and Colfax-Mingo.