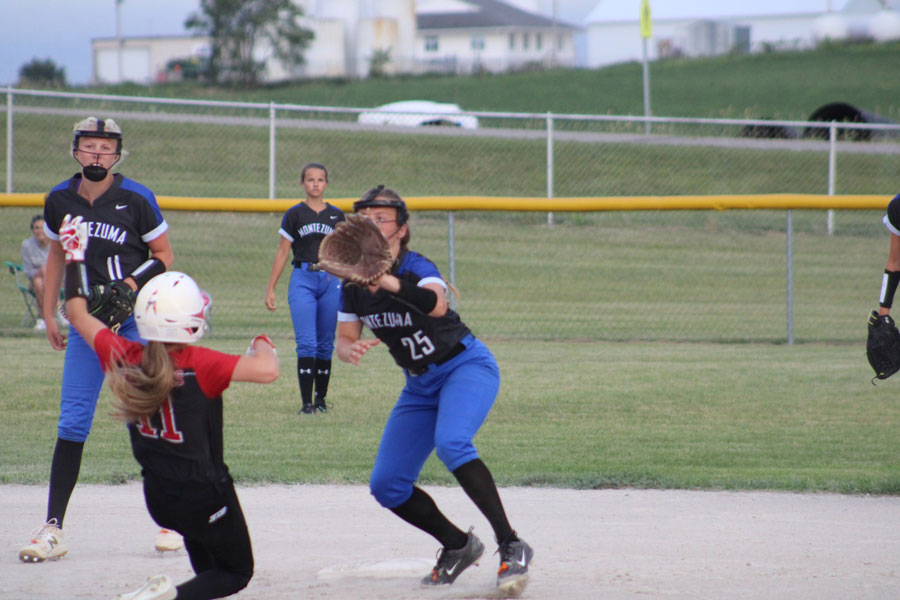 North Mahaska’s softball team continued its move through the Class 1A Region 5 tournament Wednesday with a 10-0 victory over South Iowa Cedar League rival Montezuma. It was a combination of solid pitching, clutch hitting, great defense and a desire to send the team’s lone senior out with a win on the last appearance at home.

North Mahaska picked up homeruns by junior Zoe Deucore and senior Madison McKay to help the cause. In addition, McKay and her defense allowed just four balls in play and a single hit. Jadyn Shafer’s fifth inning double was the only baserunner Montezuma managed. McKay struck out 12.

McKay also set the school single season strikeout record with 170 eclipsing a mark held by Emma Deucore, who struck out 164 in 2015. McKay was emotional following the victory.
“I’m not feeling well but I wanted to come out and be strong for my team,” said a tearful McKay as she glanced around the field, she has called home the past five summers. “My team played well behind me.” 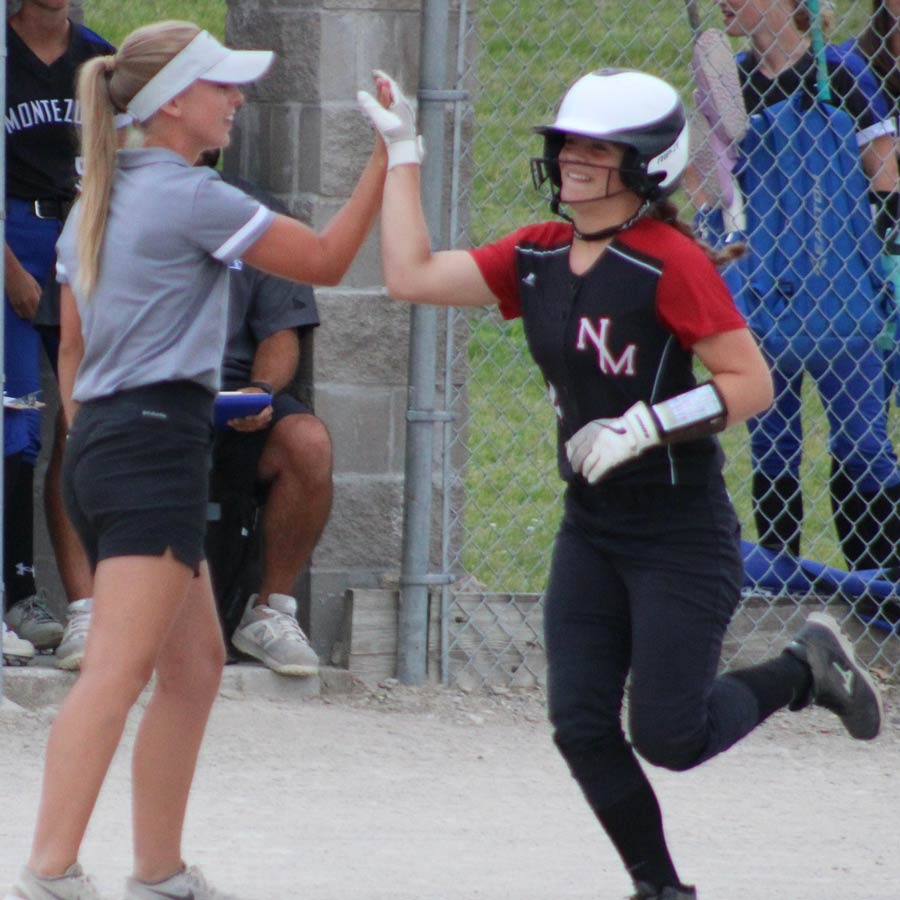 North Mahaska coach Ashley Schroeder greets Zoe Deucore as she rounds third after a two-run homerun in a 10-0 victory over Montezuma in a regional quarterfinal Wednesday.

McKay did come out strong striking out 10 of the first 12 batters she faced. Two ground ball outs were the only contact allowed through four innings.

“I think she pitched better tonight than she did last night,” said coach Ashley Schroeder. “She had great control and kept them off the bases.”

Deucore got the party going in the bottom of the first inning when she drilled a two-run shot over the left field fence. Cali Sampson scored after a leadoff walk in the second and Deucore scored following a leadoff double in the third. It would be the last time Deucore would have a chance to bat as the Bravettes chose to intentionally walk her twice.

North Mahaska’s Cali Sampson slides under the tag of Montezuma’s Izzy Roorda. Sampson scored a run to help her team to a 10-0 victory and advance to the regional semifinal at Sigourney Friday.

McKay’s homer came with one out in the fourth then the Warhawks hammered Monte pitcher Kallie Robison for five runs on five hits and two errors in the fifth to end the game early.
North Mahaska (18-10) will play in Sigourney Friday against the winner of Sigourney-English Valleys. Their game was postponed to Thursday. The winner of Friday’s game with advance to the regional final with a state berth on the line. That game will be played Monday at a site to be determined versus the winner of the Lynnville-Sully and Belle Plaine contest.