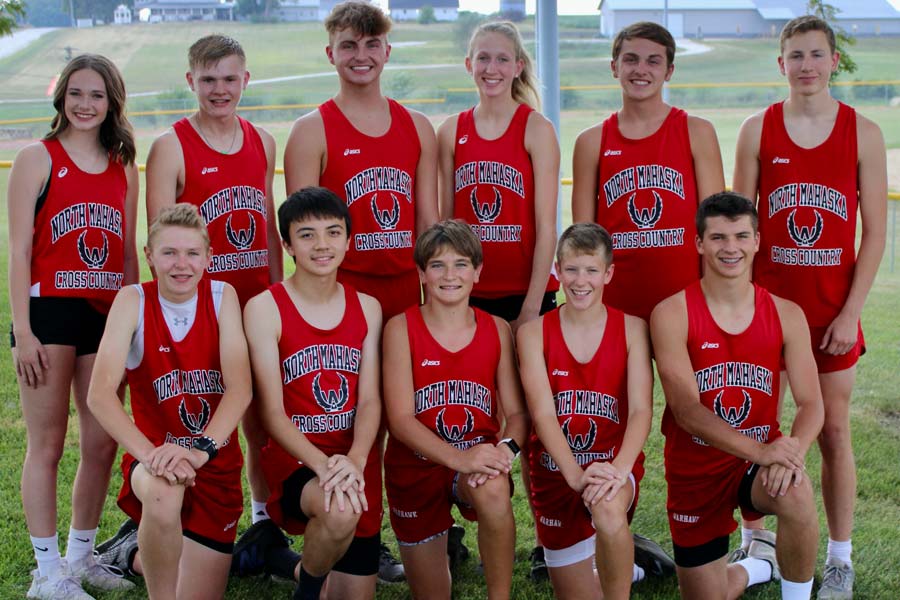 Junior Lane Harmon is poised to lead his North Mahaska cross country squad and hopes to have another teammate with him at state come November. Harmon made the state field after placing fifth at the district qualifier and earned all-district honors.

Harmon is one of eight runners for the Warhawks this season and one of the most seasoned. He will be looked to provide leadership along with seniors Anthony Goemaat and Garrett Lamb. The team has a good group of underclassmen, three of which had good freshman seasons. Sophomore Nate Sampson, Brayden Veiseth and Andy Knockel all will be seeking to break the 20-minute mark consistently. They will also be joined by freshmen Asher DeBoef, Ben Yang and Kincaid Mitchell, who competed at the junior high level the past two seasons.

Senior Addie Schilling placed 24th at the district meet and hopes she could join Harmon by punching her ticket to state. She will be joined by junior Natalie LaRue, who improved greatly during her sophomore season. Both were letterwinners for the Warhawks in 2020.

The Warhawk duo will not be competing for team titles at meets but positioning themselves for the South Iowa Cedar League meet and state qualifier.

Coach Kipp Schuler is looking for a strong showing from his team this season.

“We are looking forward to competing for the conference championship on the boy’s side for the second year in a row,” said Schuler. “We cannot count anyone out though. We have some great runners and coaches in SICL. Looking forward to a year of growth together in pursuit of our best.”