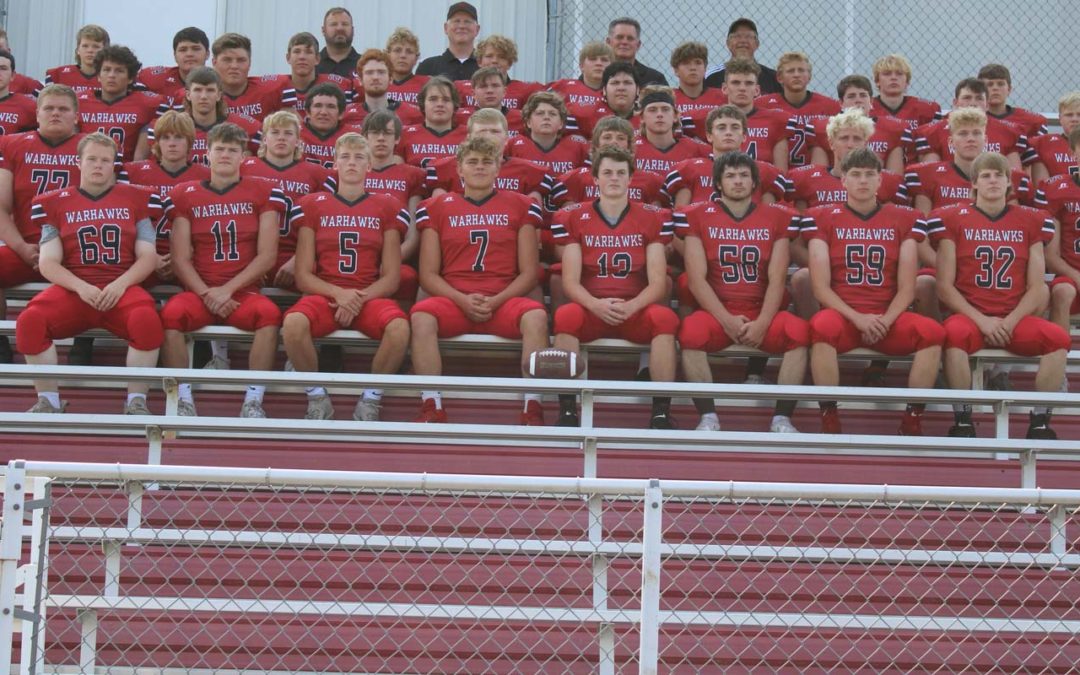 Upperclassmen will be the key to success for the North Mahaska Warhawk football team. The 2020 season was one of change because of the pandemic concerns and games cancelled. All of that has changed for the 2021 campaign.

North Mahaska will compete in the newly reclassified Class A District 6. They are scheduled to play six district and two non-district games. The season opens Friday, Aug. 27 at 7 p.m. at West Central Valley in Stuart.

Two senior and two junior players who earned all-district honors a year ago will help lead the team number nearly four dozen. Seniors Chase Grandia and Sean Knockel along with juniors Braden Steel and Wyatt Van Weelden will help the Warhawks improve on their 3-4 mark from a year ago.

“We are excited for the season with good reason,” said coach Phil Griffin. “We have 47 boys out for the team, 14 returning players who have been in our system for two years, coaches who have been together for three years and a very dedicated group of seniors.

“Leadership and experience go a long way toward building a program and we have seen both develop over the last two years. The seniors would like to take another step toward improving their record.”

Senior Sam Terpstra took a majority of the snaps at quarterback last season will once again be called on to lead the offense. He passed for 697 yards and threw seven touchdowns with three interceptions. He rushed for two touchdowns.

He will likely lineup behind Van Weelden and a seasoned offensive line. In the early stages of practice, the remaining backfield is up for grabs due to graduations. 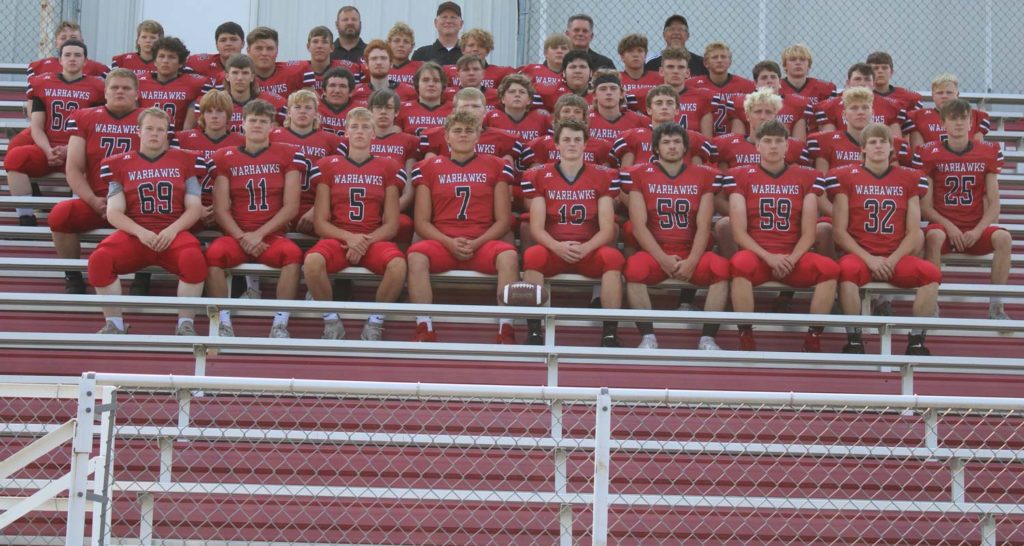 Receivers of Terpstra’s aerials could be Smith who had nine catches for 83 yards, Matthew Goemaat had eight catches for 57 yards and Knockel caught three for 55 yards and a TD.

Steel is the leading tackler returning. He recorded 20 solos and four quarterback sacks. Grandia had 17 tackles with a pair of sacks and Steil recorded 12 tackles. Steil and Grandia each record two interceptions.

NM will face some familiar foes and is hoping to vie for one of the top spots.

“Districts were reset this year by the association, so Colfax-Mingo, Belle Plaine, Lynnville-Sully, and NM are still together from 2020,” said Griffin “Madrid has been a perennial power, so I expect them to be figured in the playoff picture. Belle Plaine advanced in playoffs last year and Lynnville-Sully with a strong returning group looks to be a contender for the playoffs, as well.

“Our schedule is going to be tough, especially when two of the best opponents we play will be road games. The team is excited to get started and the early season practices have been very productive. I think we could finish second or third in the district.”

Under the Iowa High School Athletic Association’s new class schedule, 32 teams will qualify for the playoffs with the top four in each district advancing to the second season. Teams that do not qualify may play another game on Friday, Oct. 22.