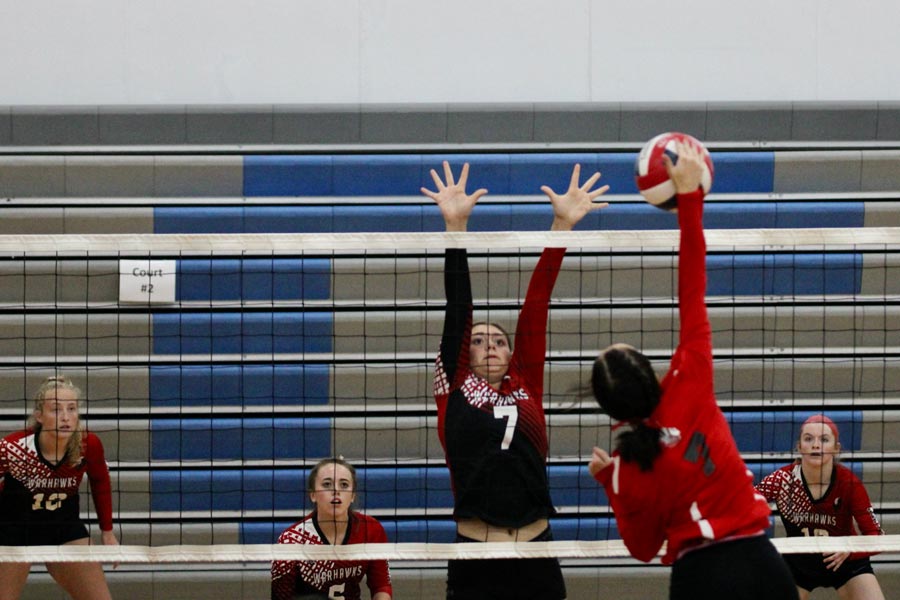 Against Seymour, Caitlin Sanders served North Mahaska into the lead breaking a 12-12 tie in the first set propelling the Warhawks to a 17-13 advantage. NM was able to keep the Warriors scoreless the rest of the way. In game two, NM took control early jumping out to a 10-5 lead. Van Donselaar set the tone with a service ace to start the set. Sanders added another while Hargis and senior Alyssa Scheihing controlled the net.

Moravia and Nm played even through the first 15 service rotations with NM leading 11-9. Sanders stepped up and served the Warhawks took an 18-10 lead including a service ace. Following a sideout, Hargis served the rest of the aet to score the 21-10 win.

In set two, North Mahaska went 32-for-40 at the service stripe with 11 aces including four by senior Carlie Scholtus and three by Sanders.

In the match with Montezuma, North Mahaska earned 20 kills and six aces. Morgan Hudson had seven assists in the contest and Van Donselaar had four. Sanders picked up two more aces.
North Mahaska (2-2, 0-0) plays Montezuma and Gladbrook-Reinbeck at the Monte tourney Tuesday.