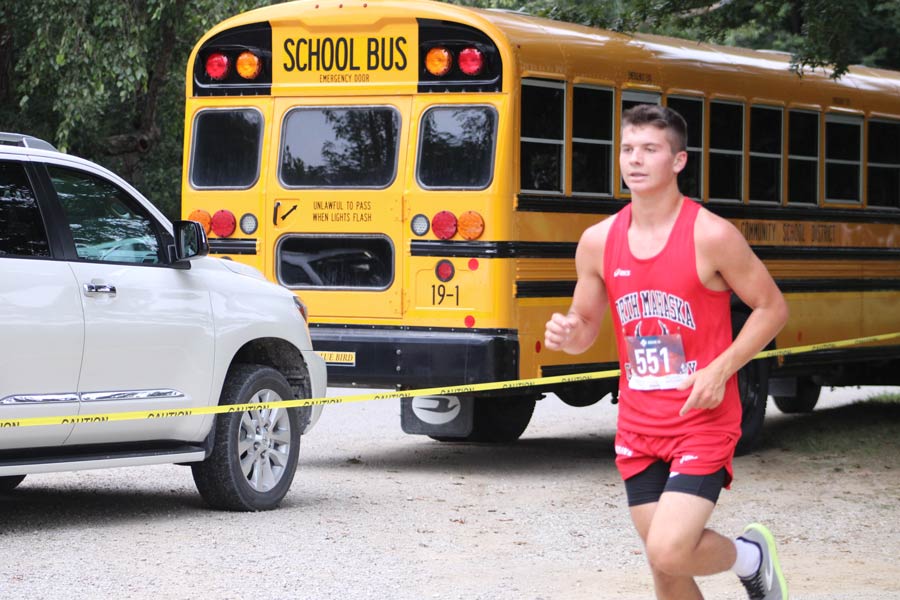 North Mahaska girls did not compete at the Wildwood meet, which was sponsored by Pekin.
Pekin and North Mahaska Junior High girls accounted for eight of the top 20 spots at Wildwood Park Thursday with Pekin taking the team title with 55 points. Washington was a close second with 68, Danville had 69 and North Mahaska ran fourth with 70.

North Mahaska’s Aly Steil and Nataliya Linder finished fourth and fifth respectively in 10:22 and 10:24. Emmerson Jedlicka was 14th and Allie Veiseth was 15th for the Warhawks in 11:28 and 11:30. Rounding out North Mahaska’s scoring was Aly Daniels in 32nd with a time of 13:59.