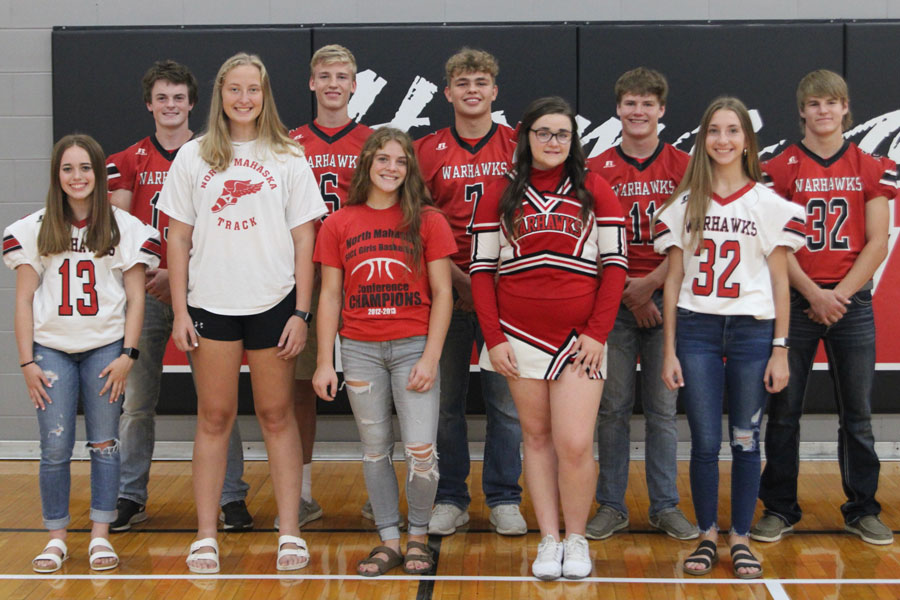 It will be video game week at North Mahaska High School but that doesn’t mean additional screen time for students. It means some fun activities as the school prepares for its annual football homecoming. Theme for homecoming 2021 is NM Sports: It’s in the Game! Events commence Monday, Sept. 13 and will culminate with the football game on Friday against

No. 7 Ogden and the homecoming dance after the game.

The week will be highlighted by a volleyball match on Monday against Lynnville-Sully, game night on Tuesday, the parade, coronation and pep rally on Thursday night and the game on Friday.

Students in grades 7-12 will participate in dress up days. Monday is career day; Tuesday-Twin/Triplet day; Wednesday is class theme; Thursday-Travel/Vacation day; and Friday-Spirit Day. Each class was assigned a theme for the week. Seniors-Super Mario; juniors-EA Sports; Sophomores-Guitar Hero; freshmen-Among Us; Eighth-Just Dance and Seventh-Temple Run.

Students voted five boys and five girls to this year’s homecoming court. The king and queen who will reign over the events will be announced Thursday after the parade and during the community pep rally in the school auditorium.

Parade is scheduled for 6 p.m. Thursday, Sept. 16 with the coronation and rally following. Game time Friday is 7 p.m.