Seniors Sean Knockel and Morgan Hudson will reign over homecoming activities this weekend. The two were elected this week by the student body and were announced and crowned at a packed house coronation Thursday. 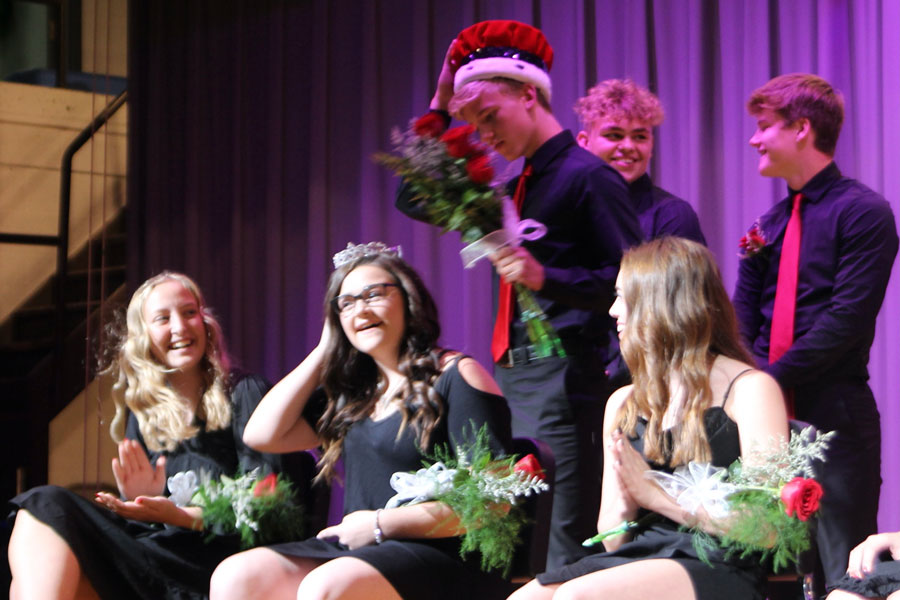 Teachers Jenna Hibler and Trey Bennett were elected as Mr. and Ms. Wonderful. Community members Ron and Kathi Thompson were grand marshals for the homecoming parade. Ron Thompson works as a custodian at the school while Kathi is an administrative assistant at Lighthouse Church. The Thompsons volunteer with several local and Mahaska County organizations. 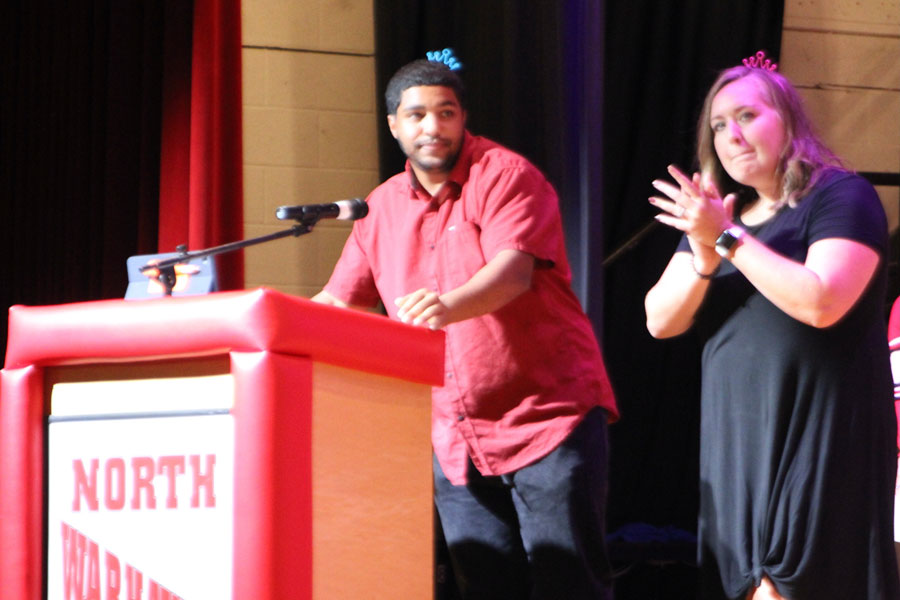 Friday’s football game against eighth-ranked Ogden. Homecoming royalty will be announced again prior to the game.

Garret Lamb and Lexi Van Utrecht served as emcees for the coronation and community pep rally.