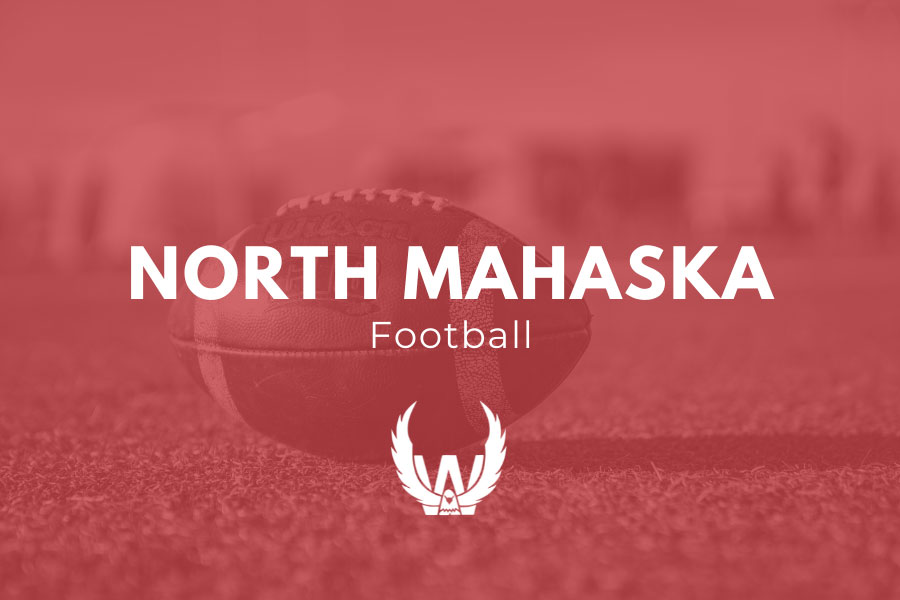 North Mahaska notched its second win of the season and its first Class 1A District 6 victory Friday topping the Wayne Falcons, 28-6 in Corydon. North Mahaska used a strong defense including three interceptions, nine tackles for loss and 21 total solo tackles.

North Mahaska tallied a touchdown in each quarter while giving up just one fourth-period score. Offensively, North Mahaska scored three times through the air off the arm of Sam Terpstra, who went 10-for-19 for 152 yards. Sean Knockel caught a 28-yard score and Ethan Huffman one for 20 yards. Nash Smith led all receivers with four catches for 69 yards and a score. Huffman added a 25-yard rushing TD.

“We had three passing touchdowns, three interceptions and two blocked punts,” said coach Phil Griffin in a postgame radio interview. “I have to shout out to Terryk Bellinger, who became our starting center and did a fine job.”

Defensively, Smith intercepted two balls and Knockel had the other pickoff. Terpstra was credited 7.5 tackles and Ben Johannes had 6.5. Steil, P.J. Stout and Ashton Meland had six. Meland had two tackles for loss on the Falcons.

North Mahaska (2-5) will host Madrid for senior night this Friday. No stats were available for Wayne at press time.