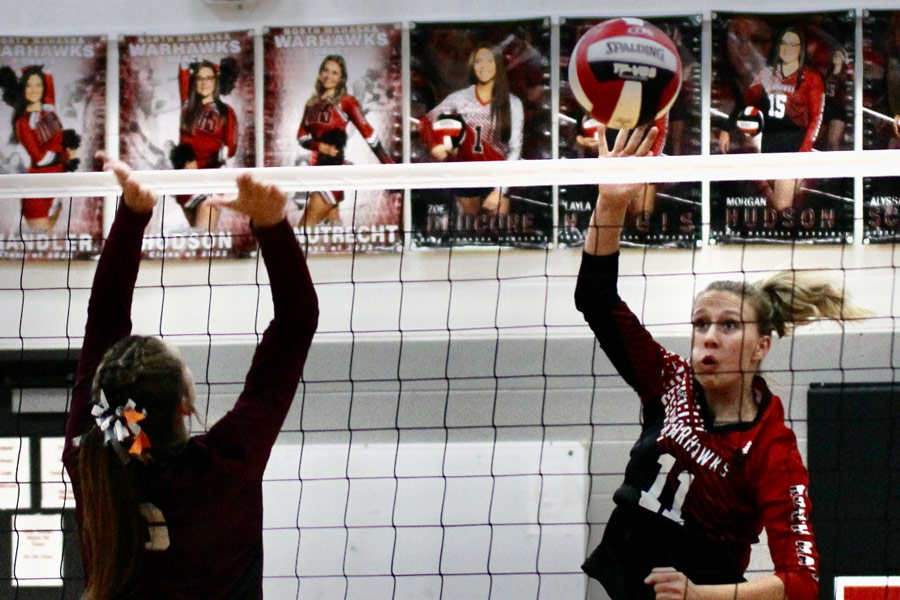 North Mahaska took the floor without its all-conference middle hitter, Layla Hargis against Bluegrass Conference’s Melcher-Dallas in the first round of the Class 1A volleyball regionals Monday. Freshman Breckyn Schilling stepped in and helped the Warhawks to a three-set victory over the Saints, 25-10, 25-10, 25-13.

North Mahaska will play at Montezuma, facing the Bravettes for the third time this season and the second time in a week. Monte topped Twin Cedars 3-0.

North Mahaska coach Erica Groom was pleased with the performance of her team. 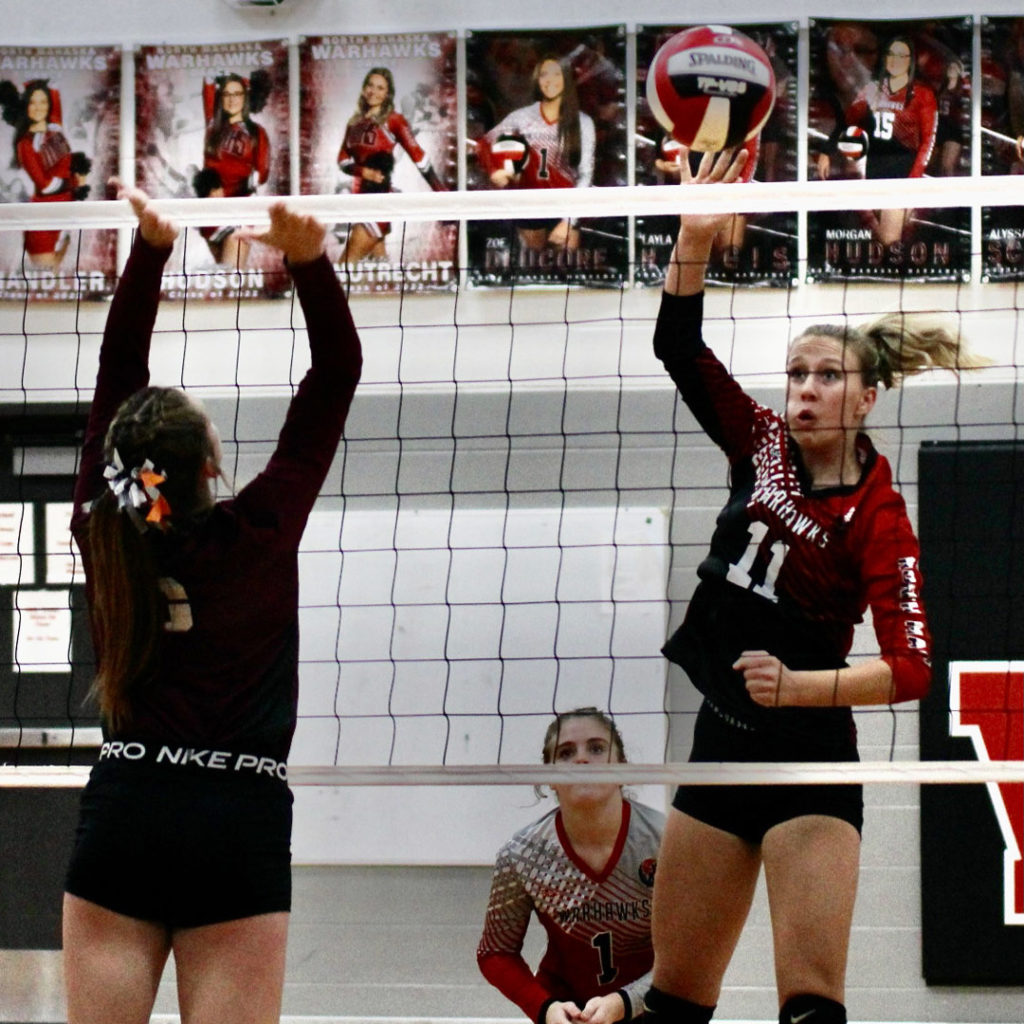 North Mahaska freshman Breckyn Schilling puts a shot down over Melcher-Dallas’ Saydi Benz in the first round of the Class 1A Regional volleyball tournament.

“Layla said she was sick, so I move Breckyn into the position,” said Groom. “It was good we were able to put kids out there for experience. We started out slow again but was able to get the job done. We can’t start that way Wednesday.”

North Mahaska (18-13) received five of their 18 kills from nonstarters and earned 17 points off service aces. NM was 94.6 percent from the line missing just four serves. Senior Carlie Scholtus led with six kills. Senior Alyssa Scheihing had four and Schilling with three kills and two blocks. Schilling was credited with six aces on 12-of-13 serving. Senior Zoe Deucore had four aces and added 21 digs to her school record total. Scholtus had 10 digs.