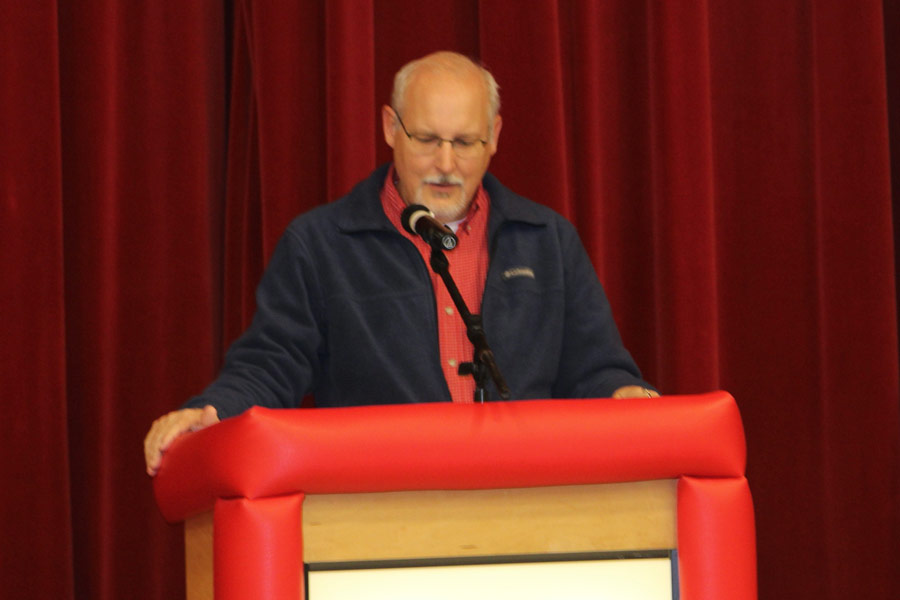 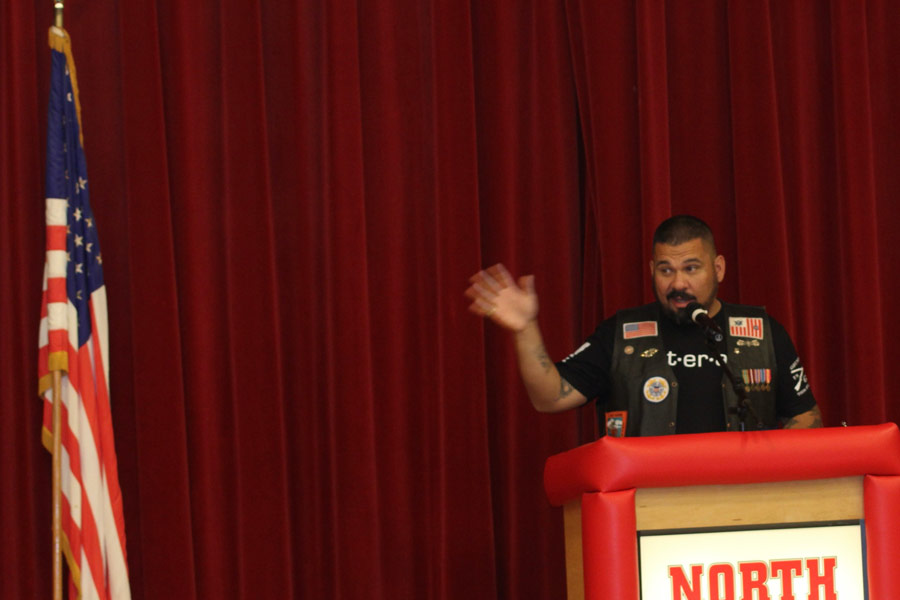 Van Hulzen told a story of a young man who left his country home to serve during World War II. The young man became a driver and served as a driver of an ambulance and ended up in German-held territory and was taken prisoner. He and many others left a prison camp that had been vacated by the Germans and was hidden until re-united with U.S. forces. That young man is Van Hulzen’s father in-law Bill Frye. He resides in a nursing home in Oskaloosa.

Van Hulzen said he is proud of Frye’s service and that all veterans should be thanked for their service. They leave their friends and family and put themselves at risk for something in which they believe.

Rivas, a first-year teacher at North Mahaska who served in the U.S. Coast guard expressed to students the need to thank a veteran whenever possible.

“Many of them are proud to wear their hats,” said Rivas. “Tell them thank you for their service. As a veteran we appreciate it.”

Students applauded those students and staff who have served or had a family member serve. They gave a standing ovation for the veterans as they left the auditorium. Many of the students extended their thanks to the veterans in attendance following the program.