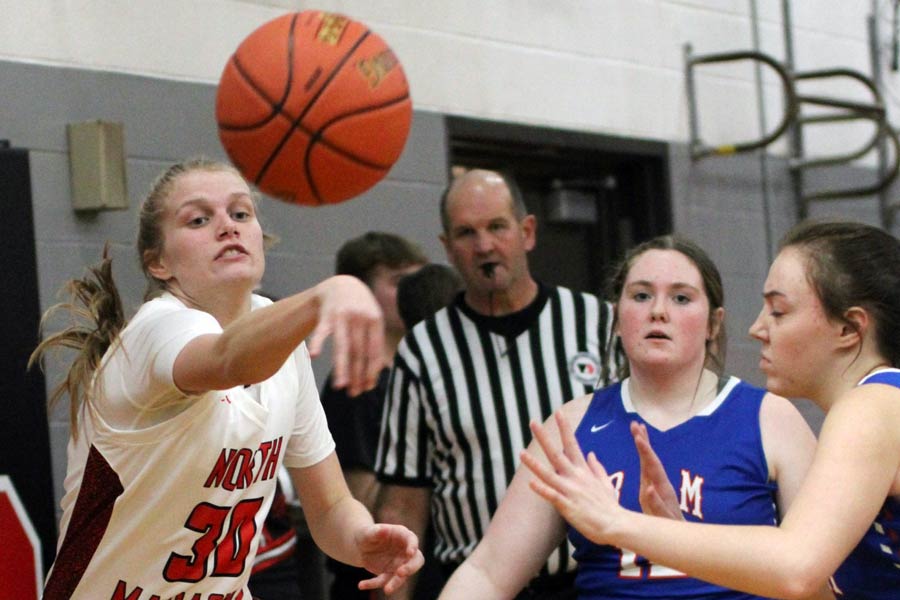 North Mahaska’s basketball teams used punishing defense Dec. 7 cashing in on turnovers in a rout of BGM. North Mahaska’s girls won 74-9 while the boys posted a 75-38 victory.
In the girls’ contest, North Mahaska slapped on its full-court press to begin the game and forced 20 first half turnovers that limited BGM to five points and led 54-5 at intermission. The entire second half was played with a continuous clock.

Four players reached double figures for North Mahaska. Layla Hargis, who struggled some with her shooting, finished with 14 points. Breanna Fogle and Addie Schilling each had 13 and Kaitlyn VanDonselaar chipped in 10. Samantha VanWeelden came off the bench to score eight and Breckyn Schilling finished with five. 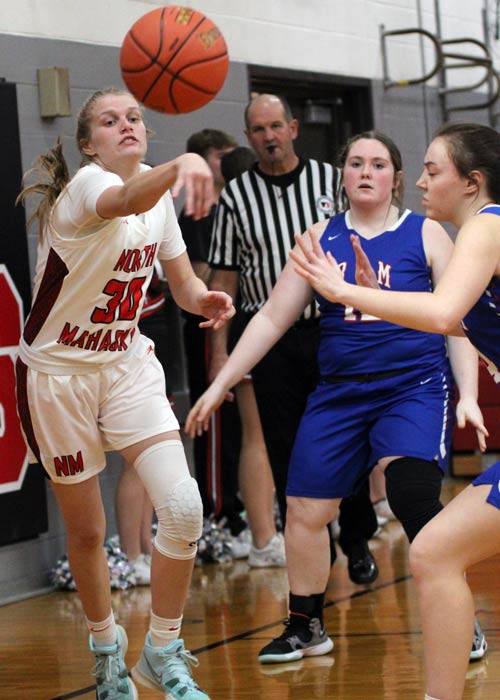 North Mahaska (3-1) dominated every phase of the game pulling down 30 rebounds, collecting 33 steals and doling out 22 assists. They shot 39 percent from the floor and 50 percent from the free throw line hitting just 6-of-12 attempts.

Fogle had seven steals and four assists and VanDonselaar had six steals. Hargis, Breckyn Schilling and VanWeelden each added four assists.
“We passed the ball well and was able to force turnovers,” said NM coach L.E. Moore. Our press worked well, and we got points off it.”

BGM’s Jacob Moel hit a 3-pointer 40 seconds into the boy’s contest. It was the last lead and would be more than three minutes before they would score again. By quarter’s end North Mahaska was up 20-7 and extended it to 42-18 at intermission. 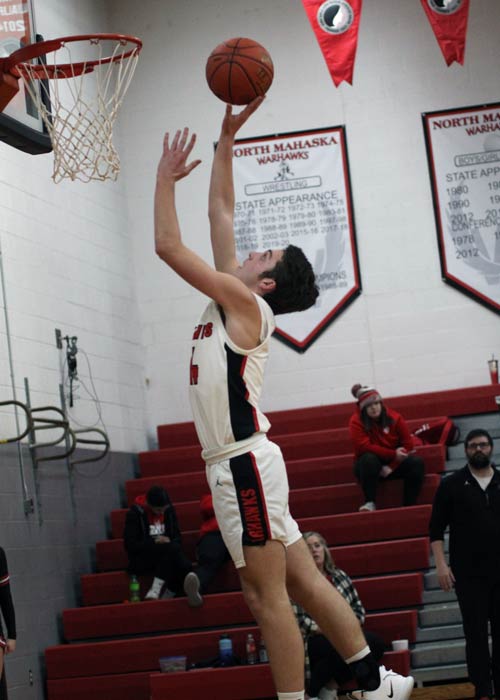 Lane Harmon drops in two points off a steal in the second half as North Mahaska defeated BGM 75-38. Harmon finished the game with 17 points and five rebounds.

“We played well and moved the ball around,” said North Mahaska coach Seth Streebin. “We still missed too many free throws.”

NM went 11-for-19 from the line but forced 20 turnovers and capitalized on those opportunities. Four players hit double figures scoring. Lane Harmon’s 17 points led the way. Nash Smith and

The Warhawks outrebounded BGM 28-16. Steel had six while Chase Grandia and Harmon each pulled down five. Moel led BGM with 12 points. Joe Irlbeck and Dominic Coleman hit for seven apiece and Jacob Maurer had eight. North Mahaska will hit the road this Friday to take on Lynnville-Sully.