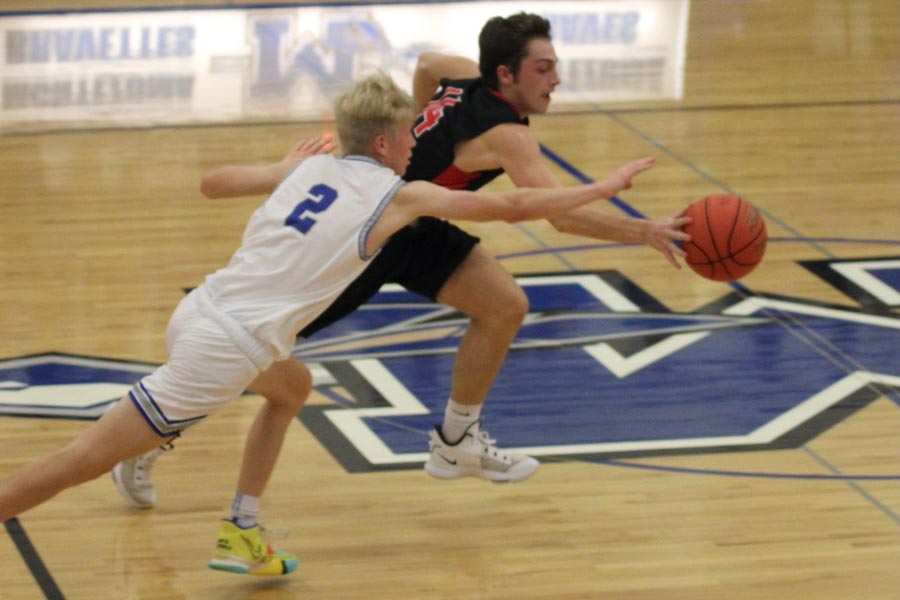 For the second year in a row North Mahaska has beaten Montezuma in their first meeting of the season. The Warhawks won a two-point affair to begin the 2020-21 season. Tuesday, the Warhawks rallied to outscore the Braves 20-3 in the fourth quarter to post a 50-34 South Iowa Cedar League win.

Neither team was able to earn advantage through three quarters of play. Monte led 12-8 after one and the game was tied at 19-19 at half. Monte edged ahead 31-26 with 2 minutes 20 seconds to play in the period when Masin Shearer drained a 3-pointer. Over the next 10 minutes the Warhawk defense held them to three points, all on free throws.

The turning point was when Montezuma’s Eddie Burgess fouled Nash Smith on a basket. Smith’s shot was good. Burgess reacted to the call and whistled with a technical. Smith’s bucket, foul shot and two made technical free throws led to a 5-point play. Braden Steel then scored as the Warhawks got the ball out of bounds following the play and led 39-31.

North Mahaska had the opportunity to further put the game away going 15-of-26 at the foul line and missed the front end of a 1-and-1. Monte shot 40 percent from the line going 4-for-10.

“Lane finds a way to help us when we need it,” said coach Seth Streebin after the contest. “The steal, and two consecutive buckets and the free throws at the end were big.

“I thought our defense took them out of their rhythm and were able to control the ball. Nash was big for us, and Braden worked for those rebounds.”

Shearer led Monte with 16 points. Burgess had a double-double with 10 points, 13 rebounds, three steals and a blocked shot.

North Mahaska improves to 6-0 overall and 5-0 in SICL play. Montezuma falls to 5-1 overall and 4-1 in league play.