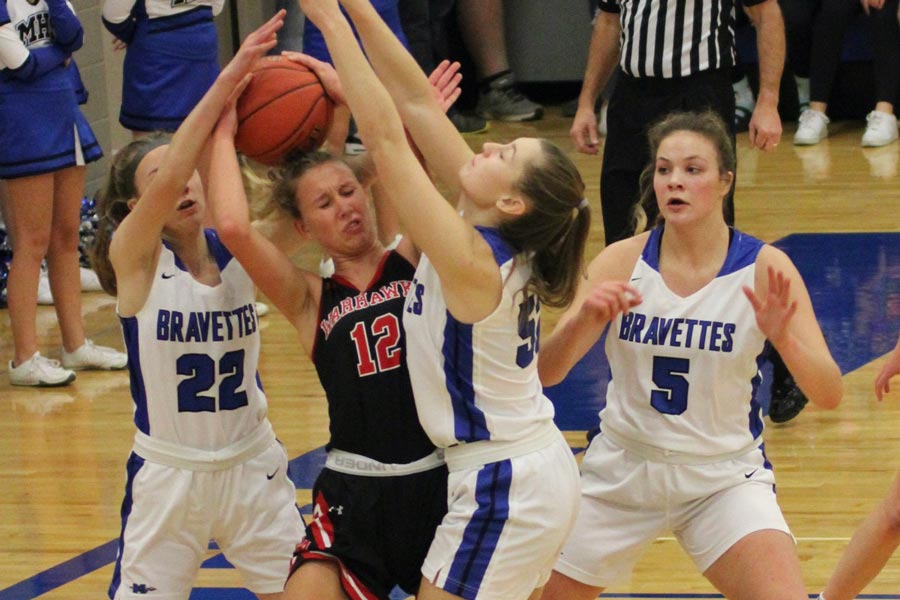 Montezuma’s girls do not lose very many basketball games. They lose even fewer at home especially when they are ranked. The 10th-ranked Bravettes became North Mahaska’s 6-1 Warhawks came into the South Iowa Cedar League game Tuesday ranked eighth and undefeated in league play and routed the Bravettes on their home court 55-37.

Through two and a half quarters it was anyone’s game. North Mahaska clung to a 26-21 edge at halftime. Montezuma pulled within three points when Madison Johannes it a bucket to make the game 28-25. It would be nearly five minutes before they would score again. Meanwhile, North Mahaska freshman Breckyn Schilling went on a tear scoring six points in a minute and a half. It was 42-25 when Monte scored again.

North Mahaska’s defense forced 21 turnovers and forced Montezuma to play much of the game in the backcourt trying to break the press. NM Received a double-double from senior Layla Hargis scored 28 points, pulled down 16 rebounds with two steals and two assists. She had two streaks where she scored six consecutive points. 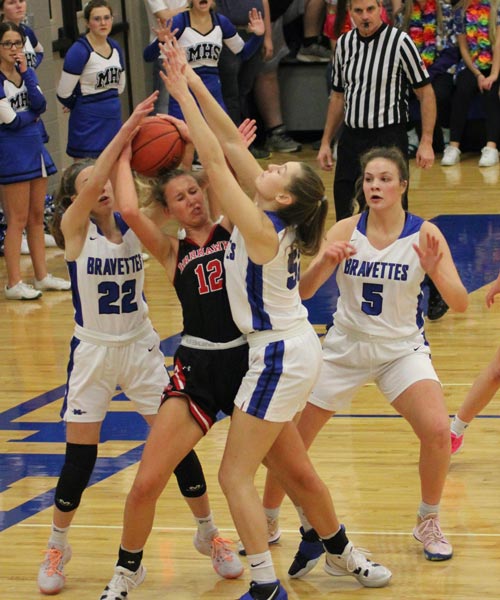 “Those are all state numbers,” said NM coach L.E. Moore. “They just did not have an answer for her inside. We played pretty well tonight and did what we wanted to.”

Both teams defended the perimeter well. Monte drew a curtain over Kaitlyn VanDonselaar, but NM allowed just 2-of-17 for Monte’s longballers.

Another advantage North Mahaska had was 9-for-12 shooting at the free throw line while Monte was 3-for-5.

“I am really proud of these girls,” said Moore. “They really wanted to win this game and worked hard. They (Monte) did not make it easy. We had to work for the points.”