No. 8 Warhawks Down PCM 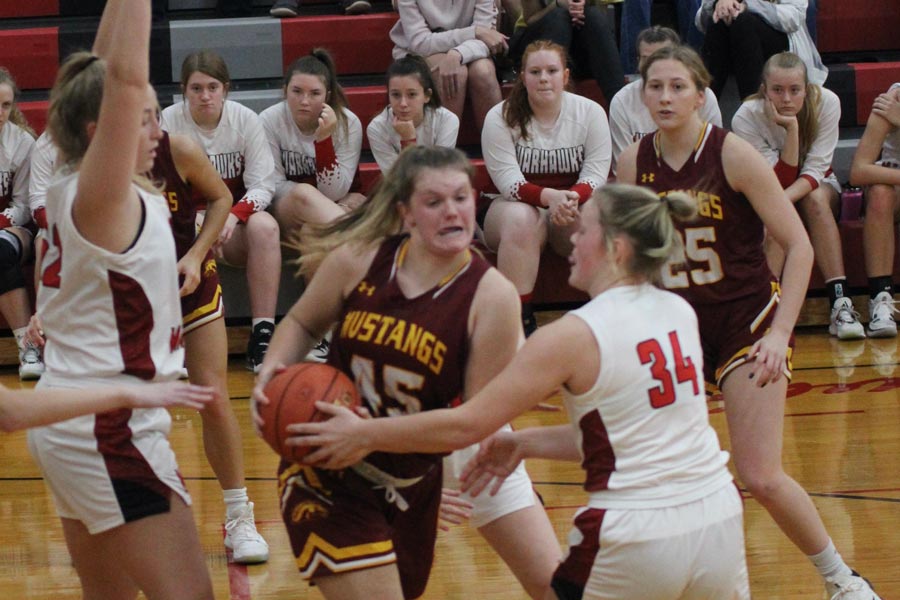 North Mahaska, ranked eighth in Class 1A, knocked off Class 3A PCM Monday 68-28 in nonconference action. The Warhawk defense forced 19 PCM turnovers, 13 of them in the first half as NM built a 35-13 lead at intermission.

The victory also came with a loss. Senior forward Breanna Fogle was injured early in the third period and was unknown the extent of the injury. She did not return to Monday’s game.
North Mahaska, 5-1 overall and 5-0 in South Iowa Cedar League play, shot at a 48 percent clip while limiting the Mustangs to 25 percent. NM also made it count going to the free throw line 15 times and hitting 10. PCM shot 2-for-4 at the line.

It was a slow start with each team opening the scoring with a free throw. PCM scored theirs with 5 minutes 42 seconds to play in the first quarter. By 3:00 North Mahaska was in control 13-4 and led 20-6 after one period. The full court pressure defense allowed NM to extend the lead to 35-13 by halftime. 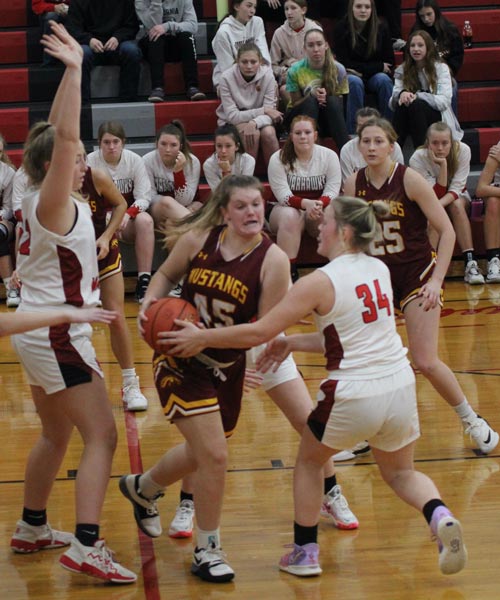 North Mahaska opened the second half with a 10-0 run and a minute into the fourth quarter saw a continuous clock.

Junior Jessica Castaneda came off the bench to score seven points and grab eight rebounds to help with the absence of Fogel.

“We were able to get some girls rested and Jess played really well,” said coach L.E. Moore. “We have to get out quickly. That is part of our game.”

Senior Layla Hargis led the scoring with 21 points and blocked two shots, freshman Breckyn Schilling had 14 and senior Addie Schilling chipped in 10. Another freshman, Regan Grewe, dropped in eight points with five rebounds and three assists. Fogle pulled down six rebounds and had two assists before her exit.

PCM (2-6) was led by Addison Steenhoek and Evelyn Burkett with six points each.

North Mahaska takes its game on the road Tuesday to take on 10th ranked Montezuma.