No. 8 North Mahaska Shoots past TC 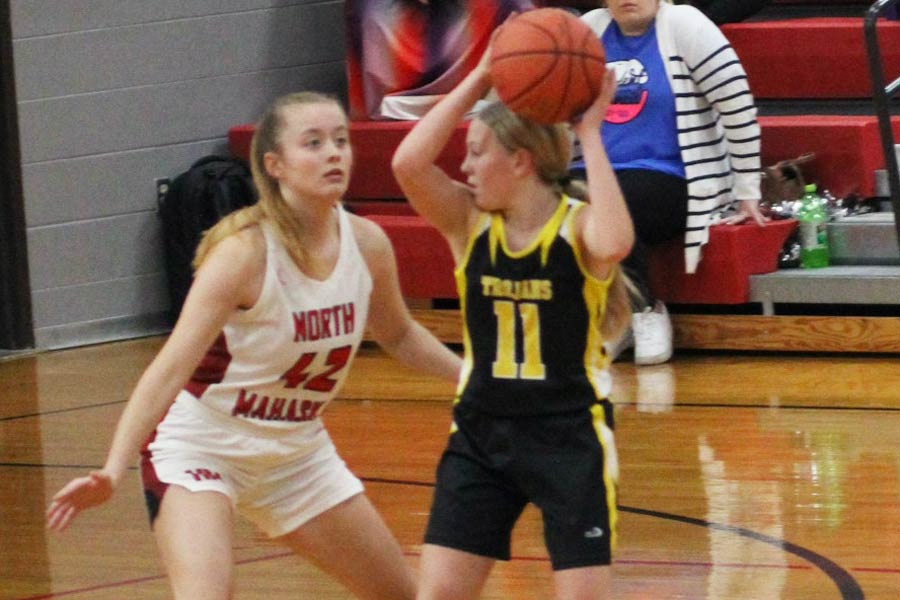 North Mahaska coach L.E. Moore wondered how his team would respond Friday after an emotional win over 11th-rank rival Montezuma on Tuesday. For a quarter and a half he was pleased with the rest of the game not so much. North Mahaska improved to 7-1 overall and 7-0 in South Iowa Cedar League play with a 58-23 victory.

North Mahaska jumped out to a lead, something that has been this year’s trademark, scoring 19 of its 25 points off turnovers and limiting Tri-County to a basket by Macy Schmidt and a free throw from Grace Randall.

In the opening 2:30 of the second quarter NM increased the advantage to 33-5. From there they struggled to hit baskets and matched Tri-County 8-8. Three free throws gave the Warhawks a 44-13 halftime lead. 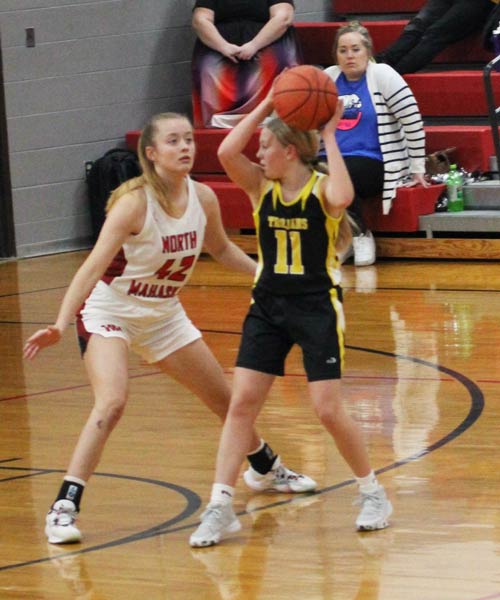 “We couldn’t hit a layup,” said Moore. “We lost our focus in the second half. We came out strong like I wanted us to, but we didn’t play as well as we should have.”

North Mahaska held a percentage point advantage in shooting from the field, 28-27. NM dominated the boards 35-19.

North Mahaska will close out the pre-Christmas season at English Valleys on Tuesday.