No. 8 Warhawks Fall to Iowa Valley 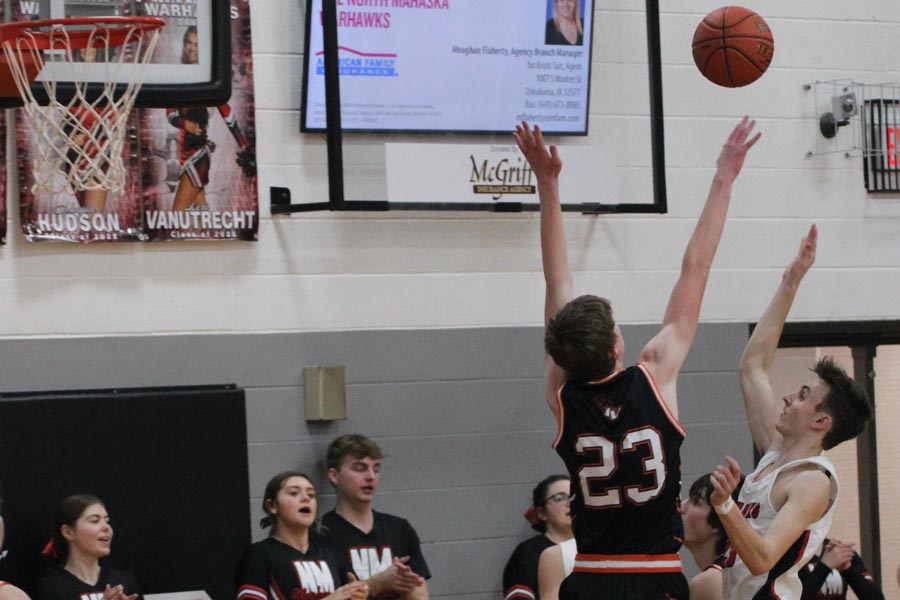 North Mahaska opened the second half of the basketball season Jan. 3 against Iowa Valley. Both teams came into the game undefeated in South Iowa Cedar League play. North Mahaska is ranked eighth in Class A in the latest rankings. Both teams had one non-conference loss.

Iowa Valley utilized their length, speed and hot shooting to score a 58-52 victory. The Tigers were aided by 30 points from senior Brody Ward and 17 North Mahaska turnovers.

Iowa Valley senior Peyton Loffer drilled two 3-pointers to open the game with a 6-0 lead. Iowa Valley led all the way building an 11-point lead at one point, 22-11 in the first half. North Mahaska was able to pull to within two points at the end of the third period but could not overcome the Tigers.

“They are a good team and we committed too many turnovers,” said North Mahaska coach Seth Streebin. “We didn’t play well, and our shots weren’t falling but there were some positives.”

Junior Ethan Huffman had five points in the first half for the Warhawks then erupted for 13 in the second half including two 3-pointers and a bucket in the final 3 minutes 44 seconds. 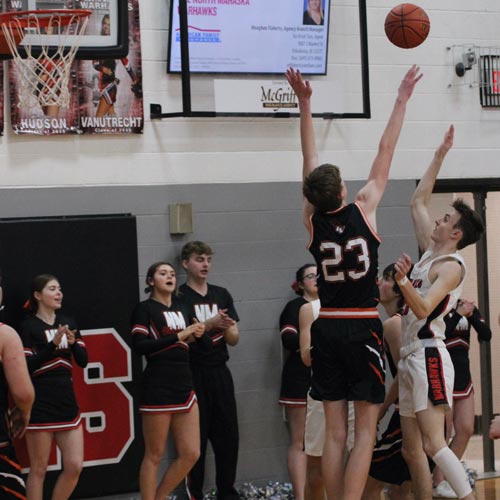 “Ethan did a good job tonight and brought us back ,but we couldn’t finish. We had a good defense, but their shots were falling and ours did not.”

North Mahaska won the rebounding battle 30-27, many of them on the offensive end. The Warhawks saw second chances go by the wayside with the Tigers’ aggressive defense and hands play. Freshman Caleb Haack and Loffer each blocked four Warhawk shot attempts.

Iowa Valley (6-1, 6-0) went 9-for-16 at the free throw line while NM was 2-of-7. Warhawk shooters hit six treys while Iowa Valley had five with Loffer draining three of them.

Ward powered Iowa Valley with six rebounds and six steals to go along with his 30 points. Haack finished with 10 points and eight rebounds, and Loffer had nine points and seven boards.