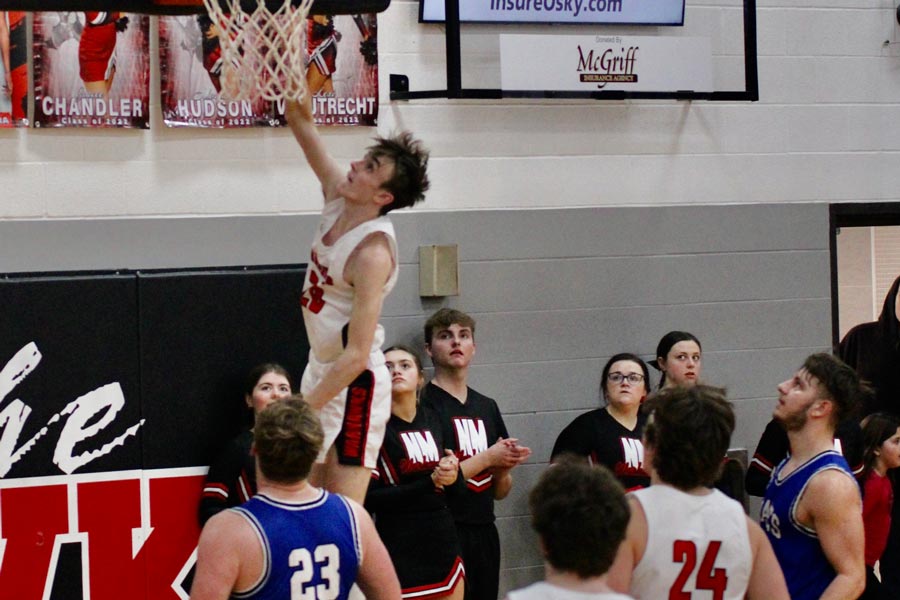 Montezuma turned the tables on North Mahaska Tuesday to earn a split of the season series. North Mahaska won the first encounter at Montezuma while the Braves returned the favor on the Warhawks’ home court 57-50. Montezuma hit two more treys and two more free throws to take the win.

Montezuma scored eight unanswered points to close out the first quarter to lead 18-10 and was able to hold a nine-point edge at halftime. In the third quarter North Mahaska held the Braves to just four free throws and one field goal in the third to trail 42-40.

Monte went 5-for-6 at the foul line in the fourth quarter and held NM to four field goals for the victory. The third quarter was key for North Mahaska as they closed the margin from nine to two. 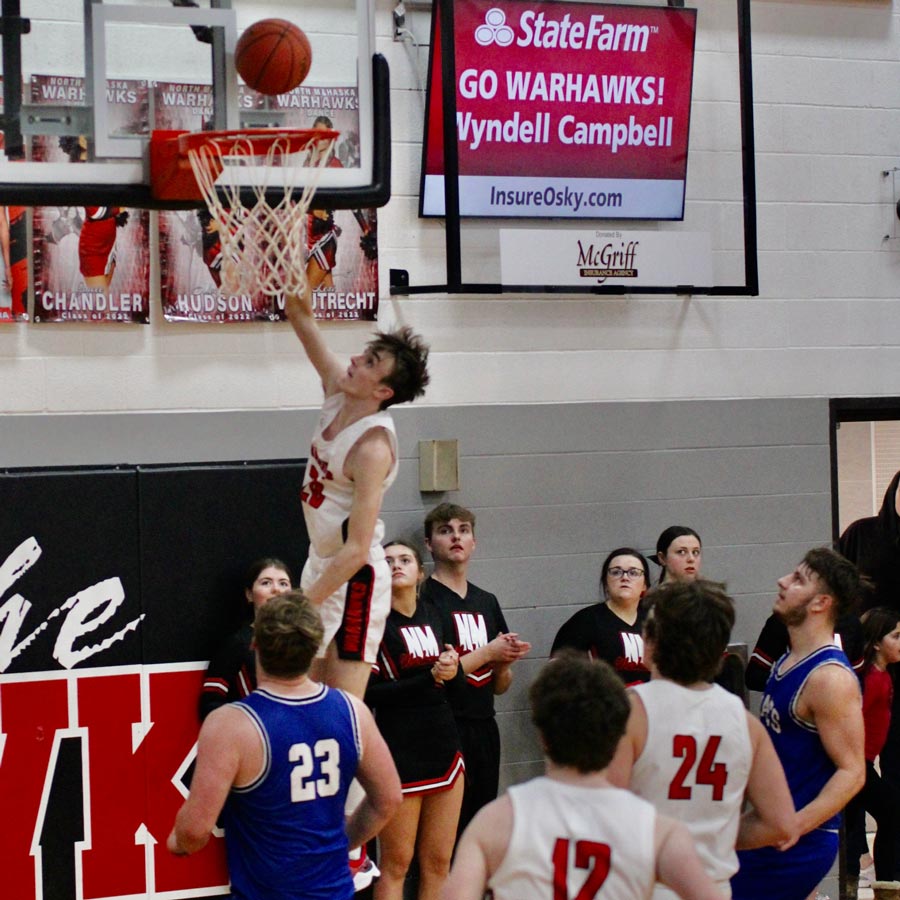 Ethan Huffman puts a layup over Montezuma’s Eddie Burgess to tie the game at 40-40 late in the third period.

Monte’s Masin Sharer led all scorers with 22 points and Gavin Strong had 12.

North Mahaska falls to 14-4 on the season while Monte improves to 15-3.