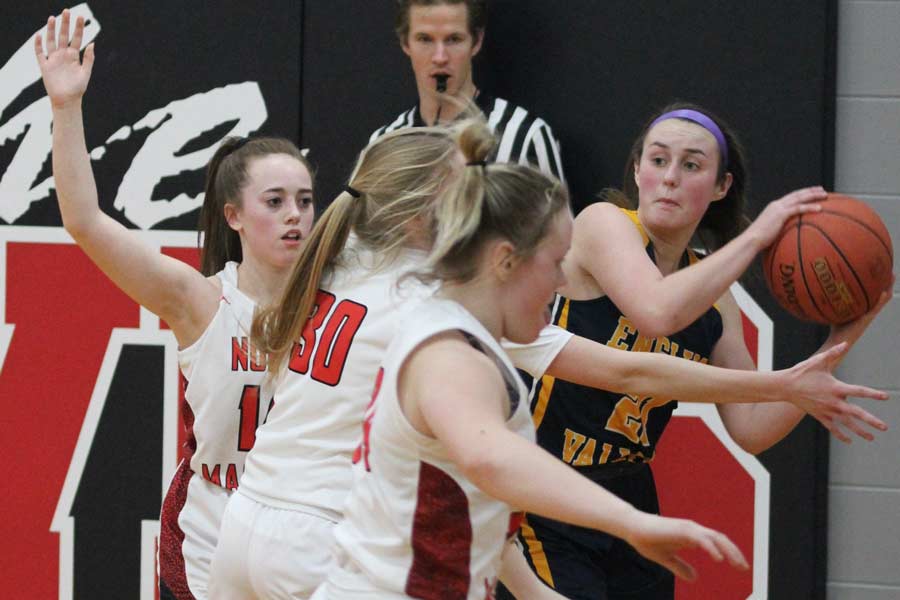 It was an emotional and busy week for the No. 8 ranked North Mahaska girls’ basketball team with three games in four days.

The defeated No. 15 Montezuma Tuesday, outlasted Sigourney Thursday, and held off a challenge from South Iowa Cedar League East champ English Valleys. North Mahaska topped off the week with a 49-42 win and taking the league trophy.

“We played three games this week and we just have not gotten over the motions from Tuesday,” said NM coach L.E. Moore. “They kept stepping up when they needed to.”

North Mahaska jumped out to a 16-6 lead one minute into the second period. In a span of two minutes English Valleys cut the lead off the hand of Mia Ayers, who scored seven points and Maddie Mikesell scored another to trail 16-15. A basket and a pair of free throws let the Warhawks go ahead by five again. Carly Stanerson’s trey with 17 seconds left cut the Warhawk lead to 24-21 at intermission.

North Mahaska could not shake the Bears who kept clawing back once the Warhawks took a lead. With 2 minutes 42 seconds left in the third period NM led 36-27. Stanerson swished a three, Kaeley Axmear dropped in a bucket and Mikesell hit one of two free throws to make it a three-point game. Mia Ayers opened the fourth with a bucket and the chase was on. 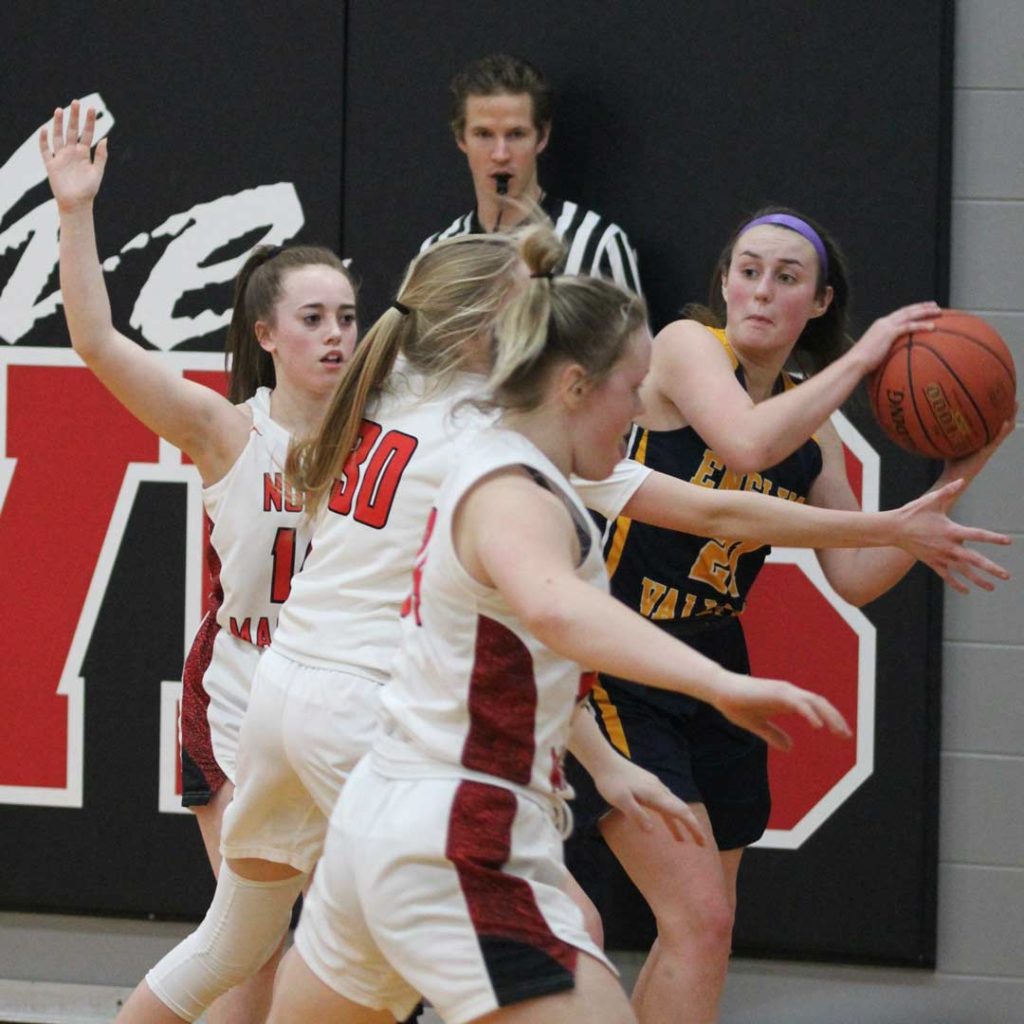 Three straight turnovers allowed the Warhawks to hit a bucket and trey and the Bears could not make up the ground.

“I am proud of the way the girls fought back and competed,” said EV coach Jeff Miller. “They never quit. They are a good team and I wish them well in the tourney. We knew they wanted to go inside, and we did what we could. We just had shots that wouldn’t go down when we needed them. But I am so proud of the way they played.”

North Mahaska, 16-1 overall and 14-0 in league play, will host Iowa Valley on Feb. 8 in a reschedule of a postponed contest.