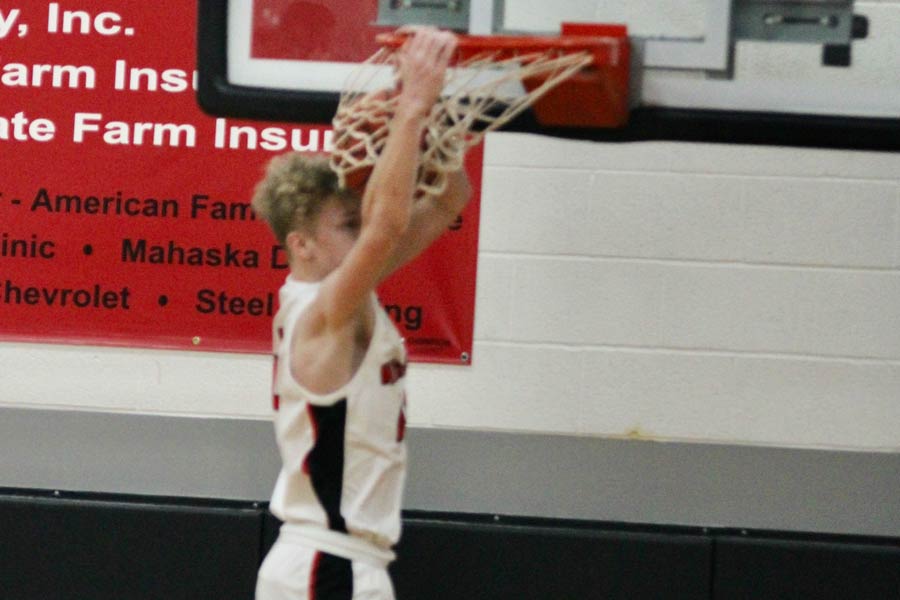 North Mahaska scored early and often, and the defense was relentless as the Warhawks ended the Wayne Falcons’ season 72-17. North Mahaska limited Wayne to a field goal and free throw in the second quarter as they raced to 52-11 halftime lead. The entire second half was on a continuous clock.

Eight Warhawks scored three or more points. With the large lead NM coach Seth Streebin was able to rest his starters through the final 13 minutes. That was an advantage for the Warhawks.

“Our reserves played well just like they do in practice every day,” said Streebin. “Anytime you can get those guys some minutes it will help you.”

In the first half North Mahaska had several players with two or more fouls. In a tighter game having those reserves come in ready for a game situation is beneficial.

“They practice hard and delivered on the court tonight,” said Streebin. 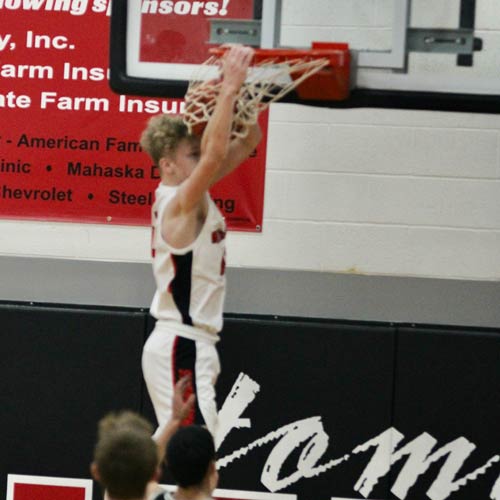 Nash Smith dunks during the Warhawks’ win over Wayne.

“We ran the ball well and found the open guy,” said Streebin. “We are unselfish and share the ball.”