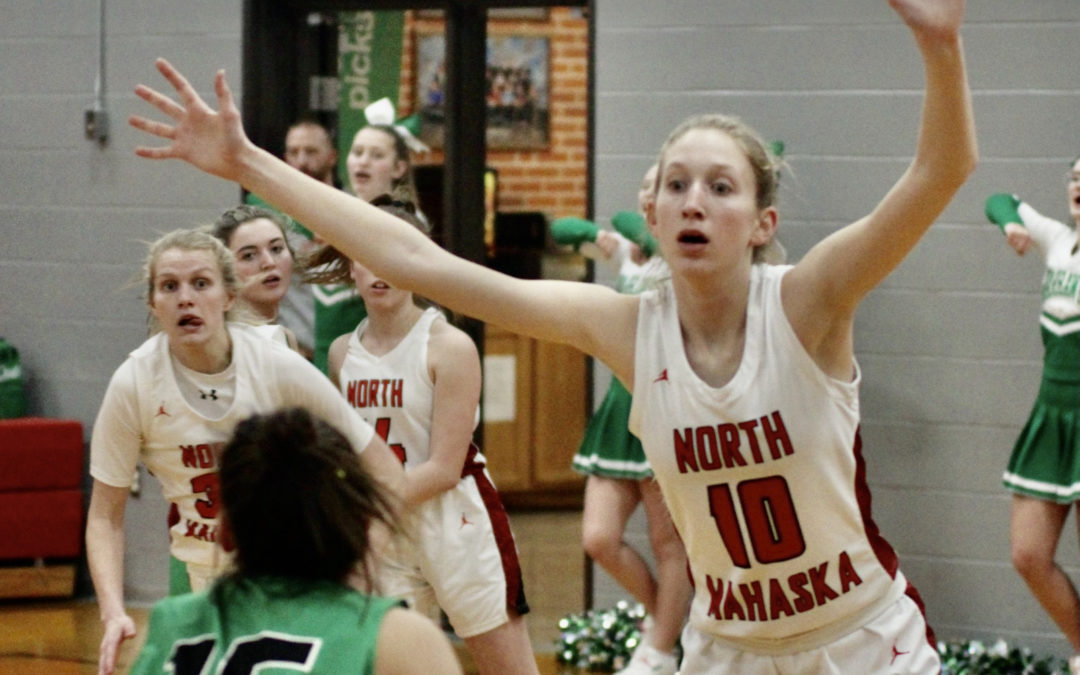 Four and a half hours after the scheduled start time No. 7 North Mahaska walked off the basketball court headed to the Class 1A Region 7 finals. North Mahaska, 21-1, battled Southeast Warren to a 56-34 victory.

“It was a little different, but both teams were ready to play basketball,” said North Mahaska coach L.E. Moore.

When the doors opened about 9:30 p.m. a few hundred patient fans filed in and settled in for the game. As has been the modus operandi for the North Mahaska Warhawks they were able to jump out early. It was an advantage as four starters sat several minutes with foul trouble.

Grewe finished the night tied for the team lead in scoring with 12 points including two 3-pointers. Readshaw had two rebounds, a steal and assist, and Castaneda blocked a shot. Grew also had three steals and three rebounds.

“It was good for them to get int there in those circumstances,” said Moore. “I’m proud of them. In that third quarter we picked it up. We knew Southeast Warren was not going away.”

North Mahaska jumped out to a 21-4 lead in the first taking advantage of turnovers by SEW and scored 12 points. The SEW Warhawks got it together and played more even with NM cutting the lead to 25-14 at halftime. North Mahaska could have had a larger lead as they went 3-for-11 at the charity stripe.

“That start was huge,” said Moore. “I am proud of them and how they stuck with it and worked together.”

North Mahaska recorded just six turnovers while collecting 13 steals. SEW won the battle of the boards 33-26. Breckyn Schilling finished with 12 points and sister Addie had 11. Hargis finished with nine. VanDonselaar and Fogle each scored six. Southeast Warren was led by Josie Hartman with 12. No. 7 North Mahaska and No. 12 Martensdale-St. Marys will meet Wednesday at 7 p.m. at Pella Christian with the winner to advance to the next week’s state tournament.