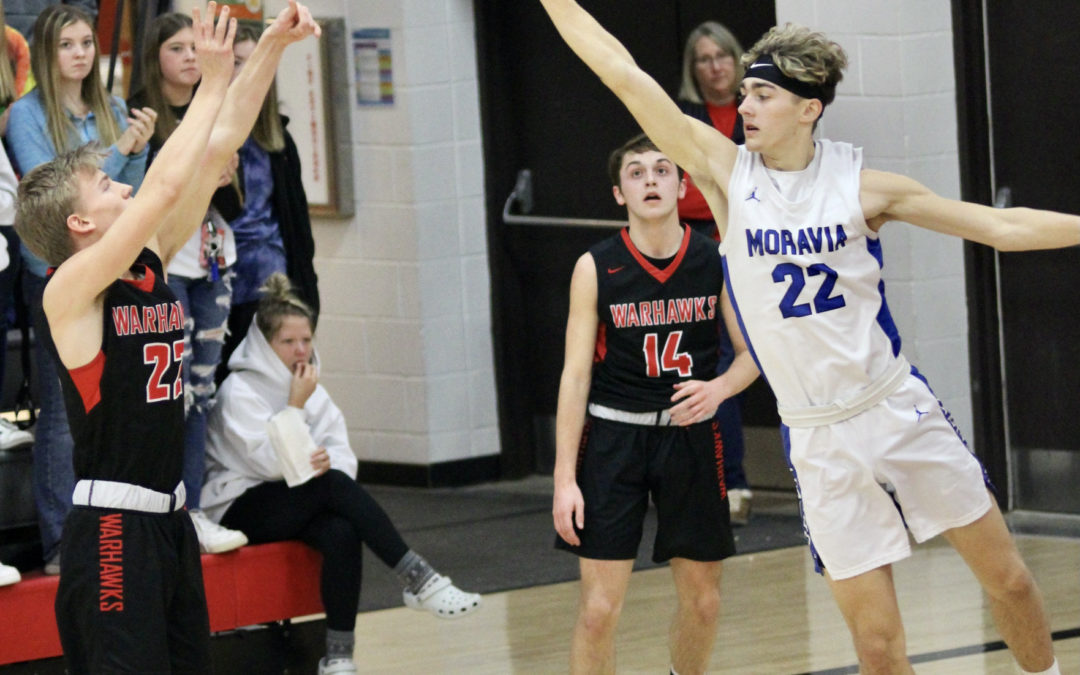 North Mahaska boys took one more step to the Class 1A state tournament Tuesday night with a 69-42 victory over Moravia in the district final. The victory sets up a third meeting of North Mahaska with South Iowa Cedar League rival Lynnville-Sully Saturday night in Chariton.

Tuesday North Mahaska faced Bluegrass Conference champion Moravia in the district final and set the tone early scoring 12 points in the first three minutes, eight of them off Moravia turnovers. They held an 18-6 lead at the end of the first quarter and expanded it to 32-10 at half. Moravia was able to score better making second half adjustments but could not overcome the deficit.

“We started out hot and knew we needed to against that defense,” said North Mahaska coach Seth Streebin. “We got into our transition game, used screens well and got good looks at the basket.”

Riley Hawkins and Shane Helmick had 14 points apiece for Moravia. Streebin said his team was aware of what Moravia wanted to run on both ends of the court.

“I knew what they wanted to do, and we knew if we could get out quick would help us,” said Streebin. “We got those early turnovers and scored points. Our effort up and down the lineup has been consistent and that is what we need.”

Lynnville-Sully is a team that the Warhawks know a lot about – and vice-versa.
“It’ll be a tough ball game with no surprises,” said Streebin. “We beat them at their place, and they beat us at ours. We have to play good basketball.”