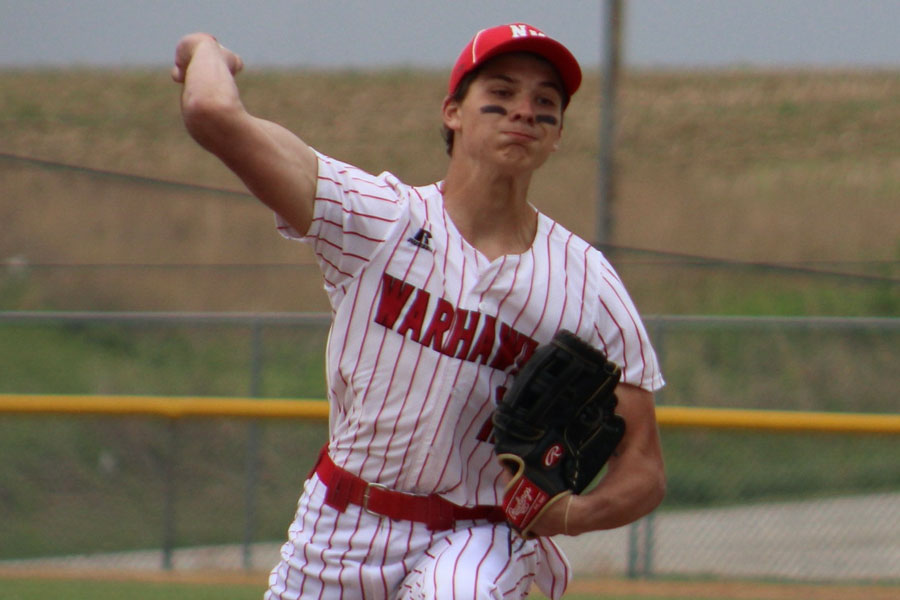 North Mahaska stepped up in class Saturday and split baseball games with Class 2A foes Pella Christian and Eddyville-Blakesburg-Fremont. The Warhawks topped PC 2-1 in eight innings and fell to EBF 3-2.

In the first game North Mahaska and Pella Christian each scored a run in the first inning. The defenses stiffened and neither team could score. In the top of the eighth, Nate Sampson stroked a one-out single. He moved to second on a groundout then the game’s lone error occurred, and Sampson raced around the bases to score. PC opened the eighth with a single, but NM’s defense made the plays to stop the rally and secure the victory.

Sampson had a solid game with a single and a double and pitched eight innings with one run on five hits, two walks and a strikeout. Nash Smith has two singles while Sam Terpstra and Ben 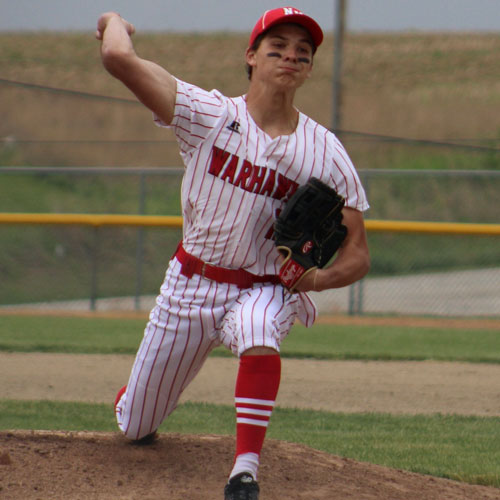 Nate Sampson tossed a five-hitter Saturday in a 2-1 win over Pella Christian at the Eddyville Invitational.

Neither team scored through the first three innings. In the bottom of the fourth, EBF took advantage of a one-out hit by pitch of Braxton Malloy and an error to put a Malloy on second. Kyler

Dodge Duke opened the fifth with a single and went to second on a passed ball. Hall hit a single to score pinch runner Hunter Wernli. A two-out walk and a single by Jaydyn Steil led to North

Mahaska’s final run. In the seventh, Hall singled to open the inning and reached second, but the Warhawks could not bring him in to score.

Hall threw a no-hitter through 3.1 innings. He walked five and struck out one. He hit two batters. Kelderman finished up with a hit, one walk and one strikeout. Hall led the Warhawk hitting with three singles and an RBI.