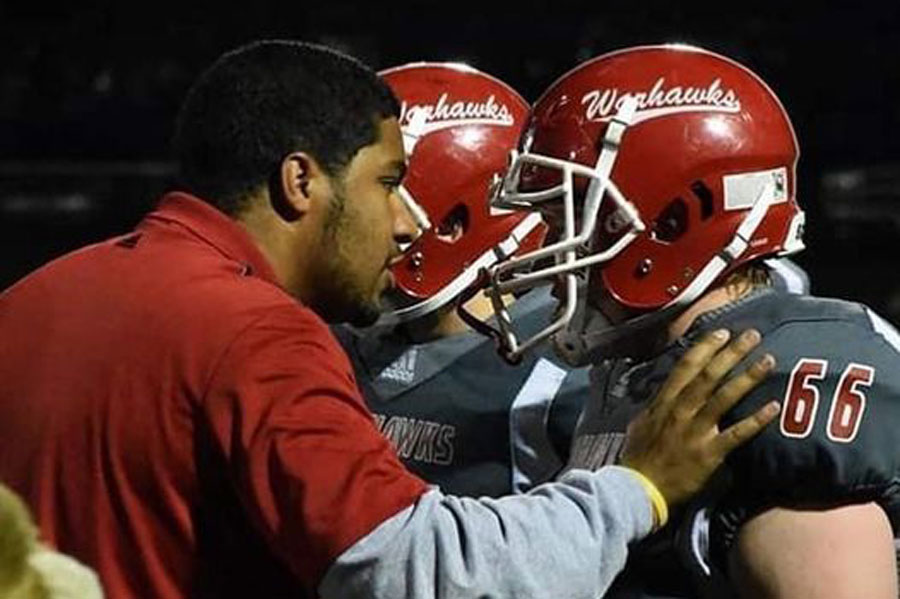 NEW SHARON – North Mahaska Superintendent Angela Livezey and athletic director Ryan Groom has announced Trey Bennett will become the head coach of the football team this fall. Bennett replaces Phil Griffin, who retired this spring. The district approved the hiring in late May.

Bennett teaches social studies and history and has coached junior high football at North Mahaska. He is a graduate of William Penn and was a member of the Statesman football team from 2015-2018. Bennett played tight end for the Statesmen.

Bennett said he would like to operate on a run-and-shoot type offense but will utilize whatever personnel he has to get the job done.

“I really want to pass and mix in the run,” said Bennett. “We use our players to maximize our abilities. We have had several younger players coming into the weight room this summer to get ready.

“We have the potential to win some games that may have got away from us last year. We will soon see.”

Groom said he is excited about adding Bennett to the head coach’s fraternity.

“We are excited to have Trey step in as head football coach,” said Groom. Trey brings a wealth of past playing knowledge to the program. Trey is amazing at building relationships and is a very motivated young man.

“We cannot express how happy we are as a staff to have Trey step up into the head football coaching position at North Mahaska. Trey will have an amazing set of assistant coaches to help with the transition for the year.”

Wins have been scarce for the Warhawks in recent campaigns. The last winning season was in 2009 when the Warhawks posted an 8-2 mark. Bennett replaces Griffin, who coached for three years and posted a combined 5-19 record. Griffin had previously coached at the junior high level.

“We thank Phil for everything that he did for the program and for helping move it in the correct direction,” said Groom. “We cannot wait to see this coaching staff lead these students on and off the field. I can only repeat what coach (Steve) Ehret use to say when he was coaching ‘It’s a great day to be a Warhawk.’ I want to thank everyone for the support and look forward to the season ahead.

“Football has always been my first love,” said Bennett via his Facebook page. “I’ve been extremely fortunate to be able to play at different levels of the game. I’ve been honored to coach the junior high team here at NM the past two years.

“This summer a dream has come true and I’m taking the next step in my career. I will be the head coach of the North Mahaska football team this fall. Words cannot describe the feeling nor the excitement I feel for this opportunity. To all my former teammates and coaches thank you for some of the best experiences of my life. I hope I can have the same impact in my career as coach.”

North Mahaska opens the 2022 season on Aug. 26 at home against West Central Valley.