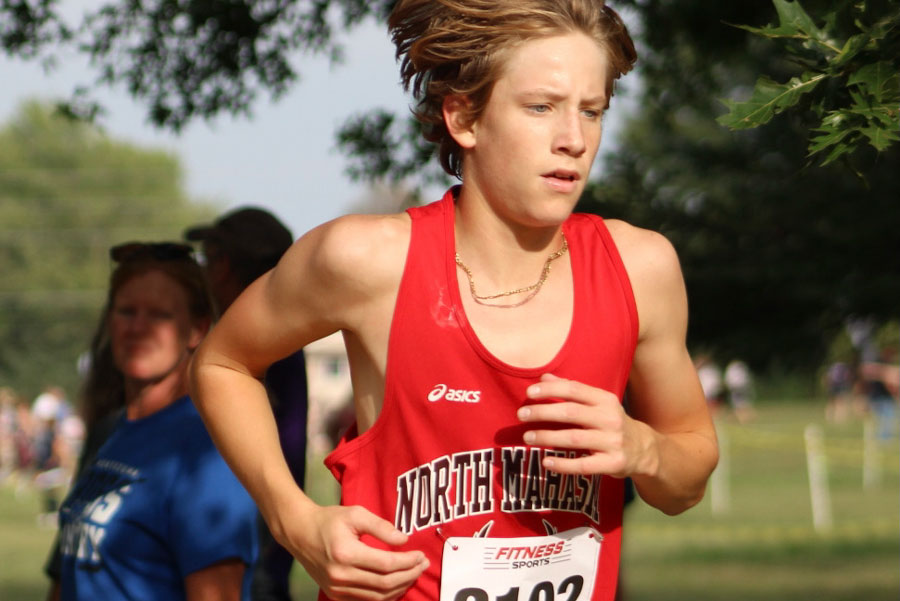 North Mahaska boys showed they will be a contender on any cross country field. The Warhawks had all five scoring runners run under 19 minutes to place third in the highly competitive meet.

North Mahaska scored 82 points to place third behind Danville-New London with 27 and Mediapolis with 64. Fairfield was distant fourth at 114 points.

Aly Steil had a solid run in her first varsity outing. The freshman clocked a 22:06 to place ninth overall. Chloe Glosser of Pekin was first in 19:18 followed by Alaina Gourley of Danville-New London in 19:49. North Mahaska’s other runner Vanessa Murphy finished in 32:52. 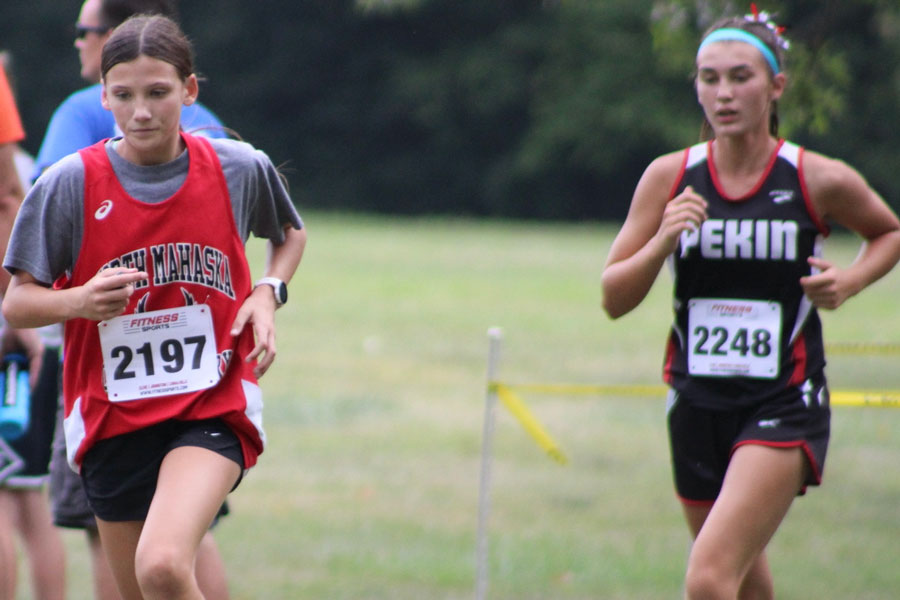 Freshman Aly Steil made the most of her high school cross country debut taking ninth for North Mahaska.

Pekin won the girls meet with 46 points and Ottumwa was runnerup with 68 points.

“I thought they all ran really hard,” said coach Seth Streebin. “They all practiced hard leading up to the race and I felt like they were ready to go out and run good races and they did. We got third as a team.

“Aly ran really well. She had a good, consistent pace the whole race and was able to keep up with the girls that were leading the race. Ninth place in her first high school meet is pretty impressive.”

North Mahaska’s junior high runners did well though short on numbers. For the boys Maddox Wynja ran fourth overall in 9:28. Pekin’s Mason Dahlstrom won the meet with a run of 8:36 outdistancing Ottumwa’s Garret Pumphrey in 8:45. Leo Jirak finished ahead of Wynja in 9:09. Cain Grandia placed 27th in 11:34.

Aly Mohr placed 13th in 12;12 as she was the only Warhawk runner. Brynn Clarahan of Sigourney won in 10:09 and Kia Montgomery of Sigourney was second in 10:30.