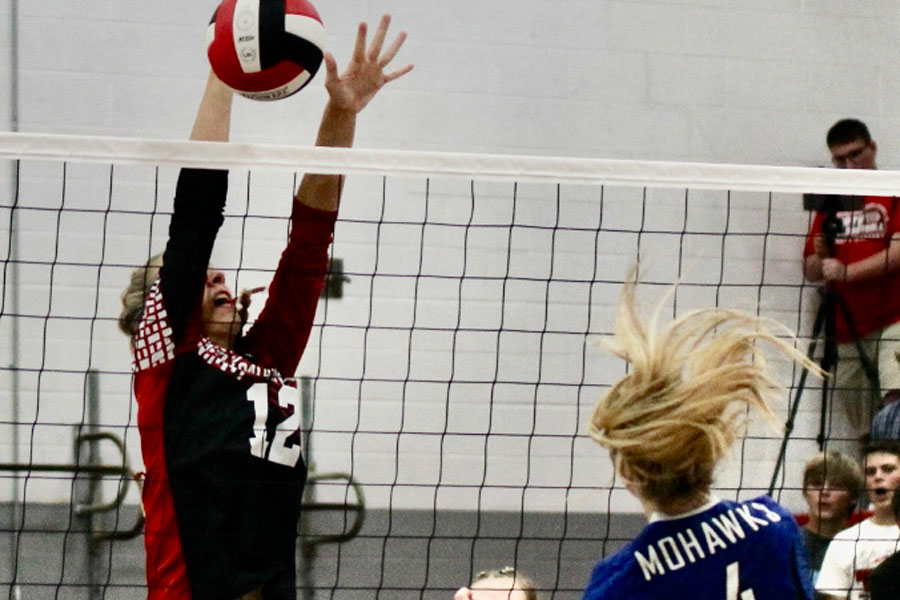 North Mahaska avenged one of their losses at the Albia tournament with a three set victory over Moravia Thursday night. The two teams met in Albia a week ago with North Mahaska winning two of three. Thursday the Warhawks came out and won by scores of 25-12, 25-11 and 25-15.

“We played them at Albia and lost one to them,” said coach Erica Groom. “We weren’t going to let that happen tonight.”

Grewe and Van Weelden led the team in service aces with five and four respectively.

Groom said her team had been working on several aspects of the game since that opening night tourney.

“We knew who their hitters were and have worked a lot on moving our feet and communicating,” said Groom. “We were strong at the net but were able to score some aces.”

Grewe picked up a pair of aces in the second set. Van Weelden hit one on the first set then drilled three in the third as the Warhawks broke away from an 8-8 tie. Senior Jalayna Shipley added three more in the final set.

North Mahaska went 64-for-73 serving with 13 aces. Shipley led in digs with nine, Sydney Andersen had eight, Caitlyn Sanders seven and Libby Hargis and Grewe each had six.

North Mahaska will host Tri-County Tuesday and English Valleys on Thursday next week.