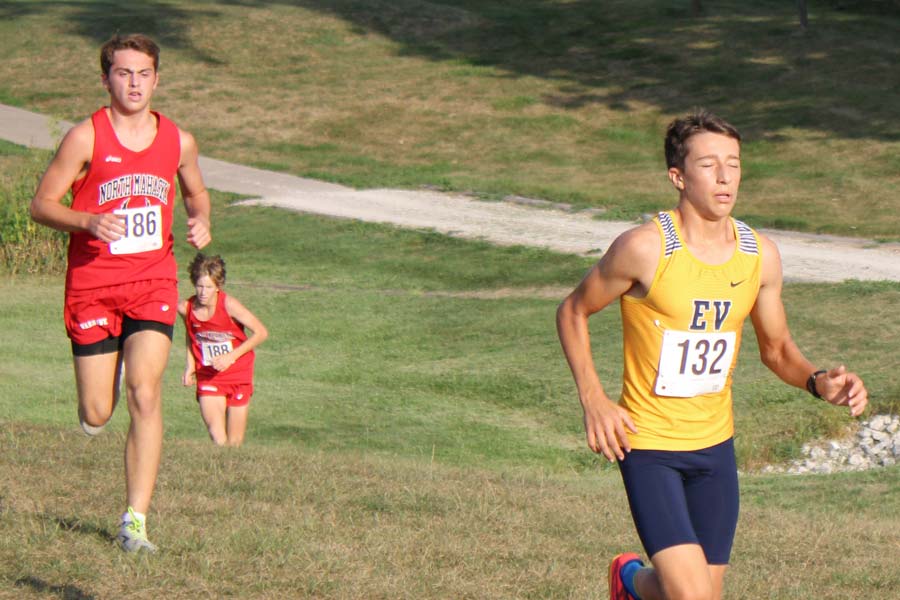 North Mahaska ran wild at Sigourney Golf Course Sept. 6 with the boys taking team honors, Lane Harmon winning the boys’ race and Aly Steil taking the girls’ title. North Mahaska had all five boys place in the top 10 to easily claim the team crown with 21 points. Columbus was second with 48.

Steil, a freshman, took the girl’s title in 22 minutes 10 seconds beating Sigourney’s Ella Yates, who posted a 22:23. Clair Eselius of Montezuma was third for team champion Montezuma in 22:34. Monte won with 19 points followed by Columbus with 35.

“She ran incredibly hard,” said NM coach Seth Streebin. “Her and a girl from EV were back and forth the whole race and Aly pulled away at the end and won convincingly.”

Harmon topped the field in 17:39 followed by Gage Heyne of English Valleys with a time of 17:50.

“Very similar race to Aly’s. Lane and an EV boy were battling the whole way and the last half mile Lane pulled away and won by a comfortable margin.”

Brayden Veiseth came in fourth and Asher DeBoef fifth in 18:33 and 18:47 respectively. Veiseth was within a second of third. Nate Sampson finished seventh in 19:02 and Andy Knockel took 10th with a time of 19:58. 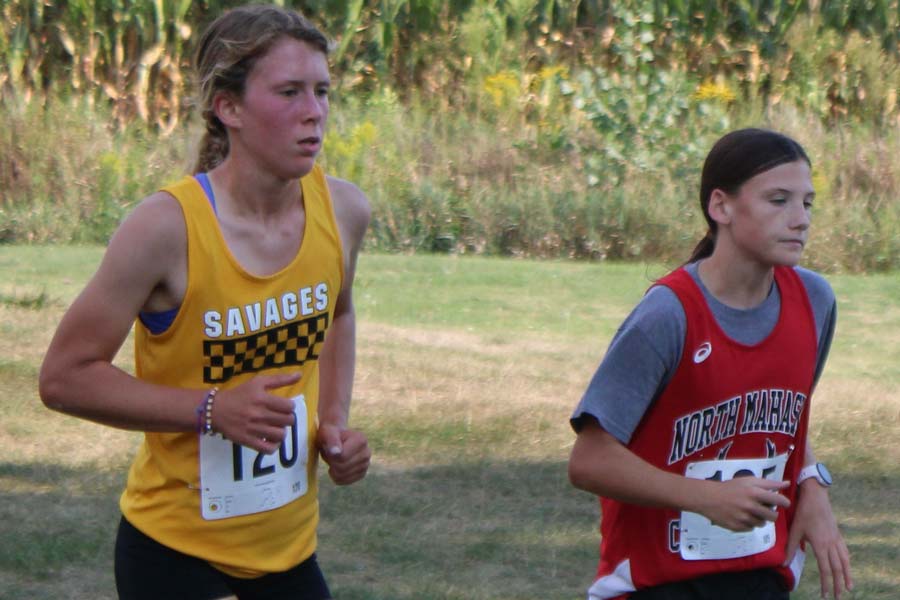 “It was a good win for the team,” said coach Seth Streebin. “Everyone showed up and ran hard and pushed through some of the rough hills around that course. Everyone on the team from junior high to varsity boys and girls has worked hard so far this season and their early season success is just payoff for their hard work.”

“All of the kids have been working hard,” said Streebin. “I’m happy for them that they are having the success that they deserve.”