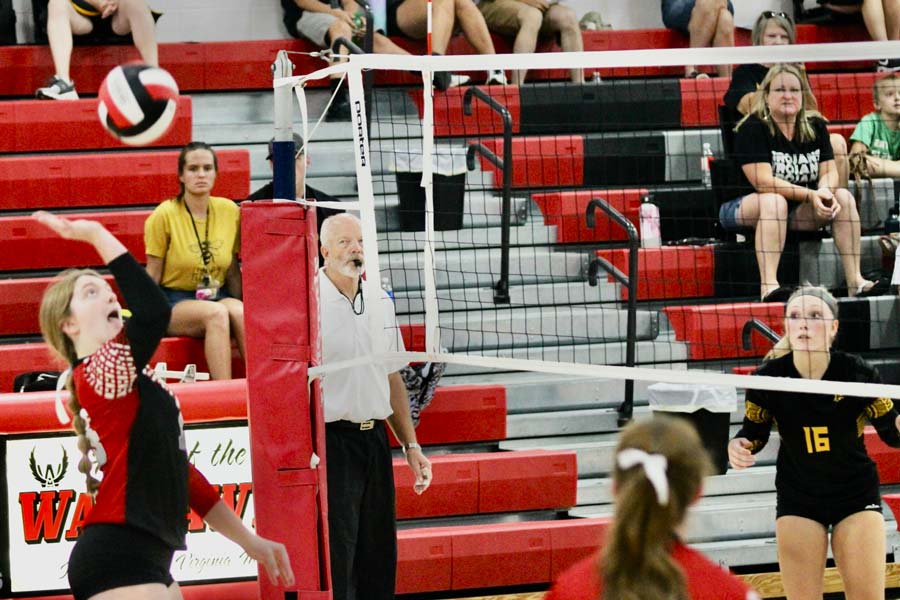 According to NM coach Erica Groom a power ranking had Tri-County ahead of the Warhawks.

“We came to play tonight and show them who we are,” said NM coach Erica Groom. “We didn’t like that power ranking so wanted to show them what we have.”

“We have been working a lot on serving and we came out tonight ready to play,” said Groom.

North Mahaska had twice as many kills as Tri-County with 18.

Tri-County forced several long volleys but lost each one. Serving was also a challenge as the Trojans hit just 72 percent. North Mahaska scored wins on all the long volleys in the match.

“Our serving was atrocious tonight,” said TC coach Sydney Davis. “We could not finish the play.”

A pair of sophomores led the way for North Mahaska on offense. Sydney Andersen recorded six kills and Regan Grewe had five. As strong as the Warhawks were at the net they did not record a block. Grewe led the team in digs with 19, Jalayna Shipley had 11 and Andersen picked up seven. Shipley led North Mahaska’s serving with five aces on 21-of-21. Grewe went 18-for-20 with four aces.