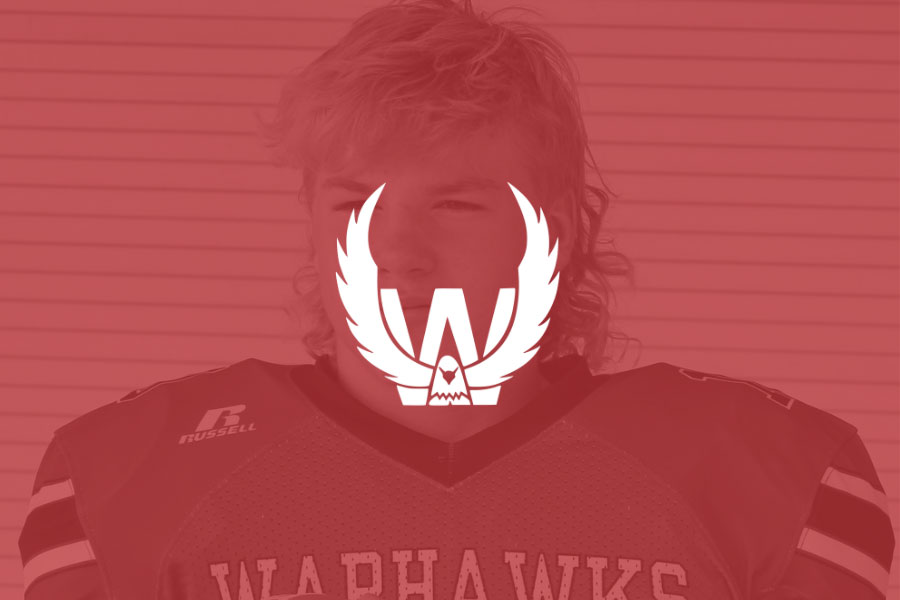 DeJong, a senior running back, accumulated 241 yards on 30 carries and scored three touchdowns while freshman Charlie Goemaat picked off two passes and Hunter Wernli another to stop Colfax-Mingo drives. 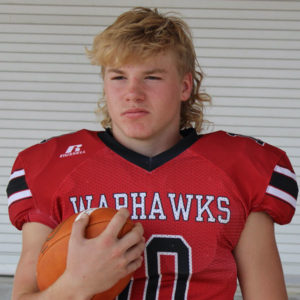 The contest opened with C-M finding the end zone first when sophomore quarterback Shane Hostettler hit junior Curtis Horras on a 20-yard strike for a 7-0 lead. NM sophomore quarterback Lucas Nunnikhoven ran the kickoff out to the 36-yard line. The Warhawks marched the ball down to tie the game. C-M moved the ball into Warhawk territory, but the defense stopped the charge. Again, the Warhawks, moved the ball 83 yards in six plays and DeJong scored from eight yards out to give North Mahaska its first lead of the season. One they would not relinquish.

Wernli helped his team on both sides of the football in the first half. He intercepted a pass at the NM 19-yard line and hauled in a 55-yard pass from Nunnikhoven to put the Warhawks firmly in control 28-7 at half. 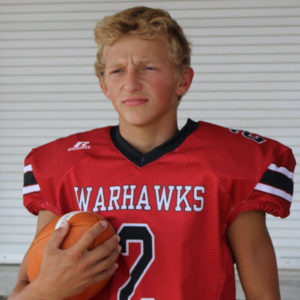 North Mahaska amassed 461 yards in total offense with 352 coming on the ground. Colfax-Mingo had 300 yards in the air, but the stingy NM defense limited them to -8 yards running.
For North Mahaska, Jacob Beyer carried 11 times for 48 yards, Austin McMahan had a rush for 42 with a touchdown. Nunnikhoven had nine carries for 16 yards. He was 9-for-12 for 109 yards.

Defensively, Ashton Meland and Nunnikhoven each had four solo tackles. Wernli had three.

Penalties were big issues for both teams. North Mahaska had 65 yards in the first quarter. Another in the second quarter brought back a long interception run. Colfax-Mingo also had trouble with the flags that negated plays on their side.

North Mahaska’s defense rose to the challenge in the third quarter. The game was played between the NM 9-yard line and its 40-yard line.

North Mahaska improves to 1-2 while Colfax-Mingo falls to 0-3. North Mahaska will be on the road next week to take on the 2-1 Ogden Bulldogs.