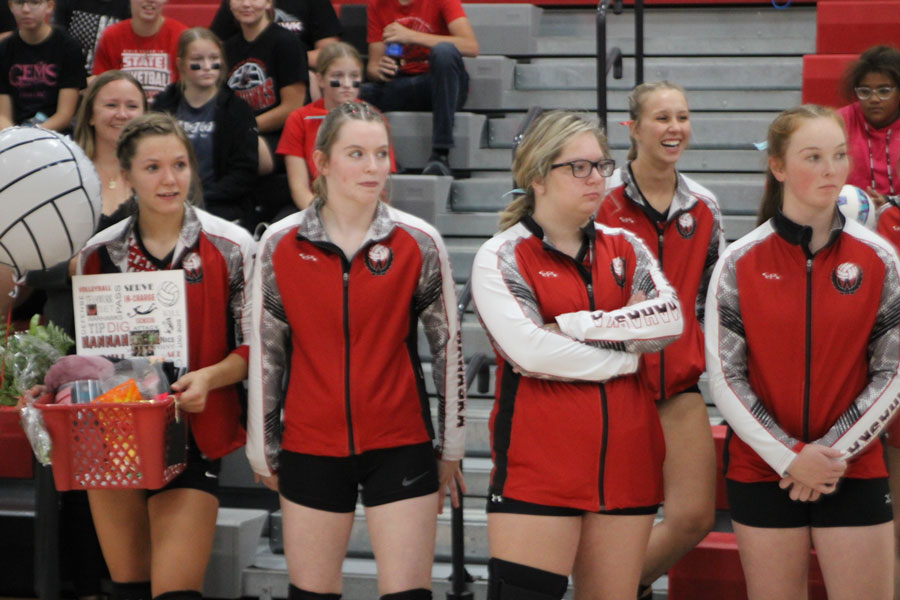 North Mahaska knew the trip to Wayland Wednesday to face WACO in the quarterfinals of the Class 1A Regional volleyball tournament was not going to be a walk in the park. North Mahaska could not maintain momentum and WACO advanced in three sets, 25-17, 25-14 and 25-13.

WACO jumped out to an early 10-4 lead in set one. The teams traded points throughout the set before WACO earned the win. NM and the Warriors battled with neither team gaining more than a point lead. WACO’s Meredith Roth stepped up and served the Warriors to a 13-8 advantage. North Mahaska was never able to regain momentum.

In set three Breckyn Schilling put the Warhawks into the lead 5-4. WACO’s Ellah Kissell served the Warriors to a 9-6 lead, and they were off to the races. NM senior Jalayna Shipley hit an ace for point 13 but WACO earned a sideout and the math victory.

“Tonight, definitely didn’t end the way we all had hoped,” said NM coach Erica Groom via her Facebook account. “This group of girls shined and shocked everyone this year. So much talent on this team. We end the season with a record of 20-9. For how young our team is that’s amazing.”

WACO’s defense prevented North Mahaska from earning points with aces and kills, an area of the game that served the Warhawks well throughout the season. North Mahaska’s team was loaded with sophomores and freshmen while WACO were led by upperclassmen.

“Of course, it’s always hard losing and the seniors leaving but this year is harder for me,” said Groom. “Jalayna Renee, Caitlyn Sanders, and now Hannah Wernli have all become my family. I’m glad I’ve gotten to know Jay and Caitlyn over the years and happy that Hannah has come into the mix. The four of them are a perfect mix of greatness in their own way.

“And of course my own daughter, Libby Groom. I’m proud of her for sticking it out through the diversity and knee pain. No one is perfect but thank you Libby for teaching me to ignore people and keep pushing forward with what you love. You are a great server and I appreciate you.”