North Mahaska’s lock down defense proved too much for the Belle Plaine Plainsmen Friday as the Warhawks held BP to 15 points to secure a 70-15 victory.

No. 12 North Mahaska used all 11 players in the first quarter as they built a 25-8 and starters saw their roles to be relief players throughout the second half.

North Mahaska (11-1, 8-0) had four players in double figures and one with nine points. The Warhawks hit six 3-pointers and shot 46 percent from the floor nailing 30-of-65 shots. They were 4-of-8 at the foul line. But it was defense that allowed the Warhawks to roll. 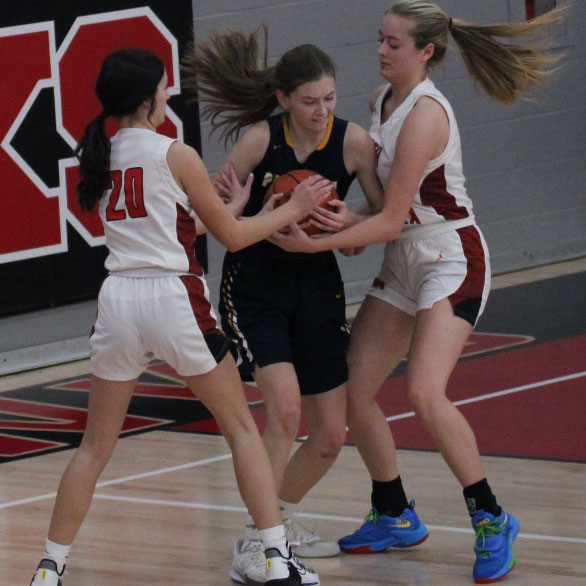 “I am proud of them and how they played,” said NM coach L.E. Moore. “We keep practicing and they put what we practice into the game.”

“She is working really hard when she is in there and it is paying off,” said Moore.

The 12th ranked Warhawks go on the road to Keota Tuesday and hosts Sigourney on Friday.