Seniors Jalayna Shipley and Libby Groom wrestled at the Pella Invitational Tuesday placing second and fourth respectively. It was another opportunity to match up with wrestlers they could possibly see at the Super Regional later this month.

Shipley opened her 120-pound run with a 10-9 decision over Amelia Strickland of Colfax-Mingo. She lost by fall in the second round to Chariton’s Leah Chandler, who ultimately won the division. Newton’s Stella Cupples fell victim to

Shipley in the third round with a fall at 4 minutes 35 seconds.

In the opening round at 170, Groom lost to Jessie Hutchinson of Newton with a fall at 5:52. She met Ellie Hutton of Truro I-35 in the second round and lost by fall in 3:25. Martensdale-St. Marys Breanna Ott pinned Groom just as the first period ended in the final round.

All of these wrestlers likely will be entered at the Super Regional to be held at the Iowa Events Center on Friday, Jan. 27. 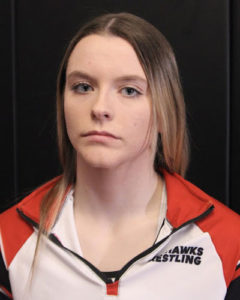 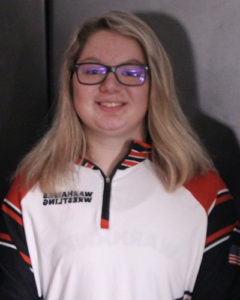