NM Falls to No. 1 Grundy Center 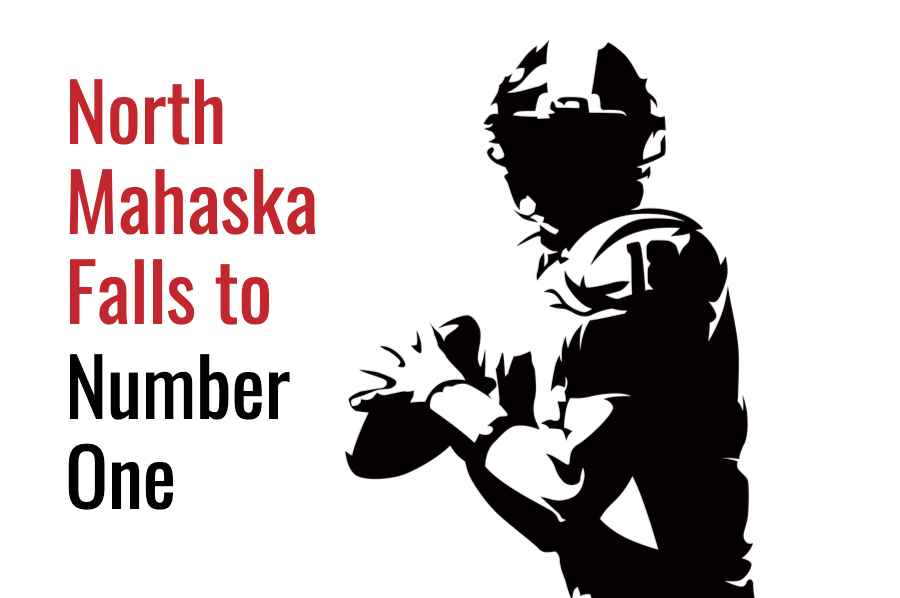 GRUNDY CENTER – North Mahaska’s football team and coaches knew the task was huge as they prepared to face top-ranked Grundy Center on the road this past Friday. Stir in a week’s worth of rain and cold and add a two-hour bus ride and you have the recipe for a long night.

Grundy Center scored three times in the first quarter and added two more in the second to take a 35-0 lead into halftime. North Mahaska limited the Bobcats to just one score on the second half as GC remained perfect on the season 42-0.

“We knew we were coming up against the No. 1 team on the road, which was going to be a big challenge for our young team,” said coach Phil Griffin. “Adding the rain complicated our task even more.

“Grundy Center has a very large front line offensively and they were able to push us back and their big back No. 23 (Zach Opheim), built up a head of steam and we could not bring him down. GC is, in my opinion, the best team we have come up against in years. They shut out Dike-New Hartford 34-0, which had beaten Oskaloosa the week before by a large margin.”

North Mahaska had trouble getting the offense clicking due to the strength of the Bobcat defense. Dylan Klinker rushed seven times for 40 yards and Dominic DeBoef had eight carries for 30. However, the remainder of the runners received negative yards on 11 carries. Quarterback Sam Terpstra went 1-for-6 passing for 31 yards. Blake Readshaw was the recipient of the aerial.

“The boys never gave up, which is one of our team’s core values and we preach it to each other about every day. We almost scored on a kickoff return and also mounted another drive early in the fourth quarter.

Grundy Center accumulated 327 yards in total offense with 275 coming on the ground. Quarterback Logan Knaack was a major weapon rushing seven times for 125 yards and went 4-for-4 passing for 52 yards. Zach Opheim rushed 11 times for 105.

Defensively for North Mahaska, Chase Grandia had eight tackles and Klinker had seven.

Following the battle on the field, North Mahaska players were invited to share pizza with the Bobcats.

“This team started their rebuilding last year by travelling to North Tama and receiving a pounding by the Redhawks,” said Griffin. “It is our turn to return the favor and I know one thing, the boys will never give up, no matter the outcome.