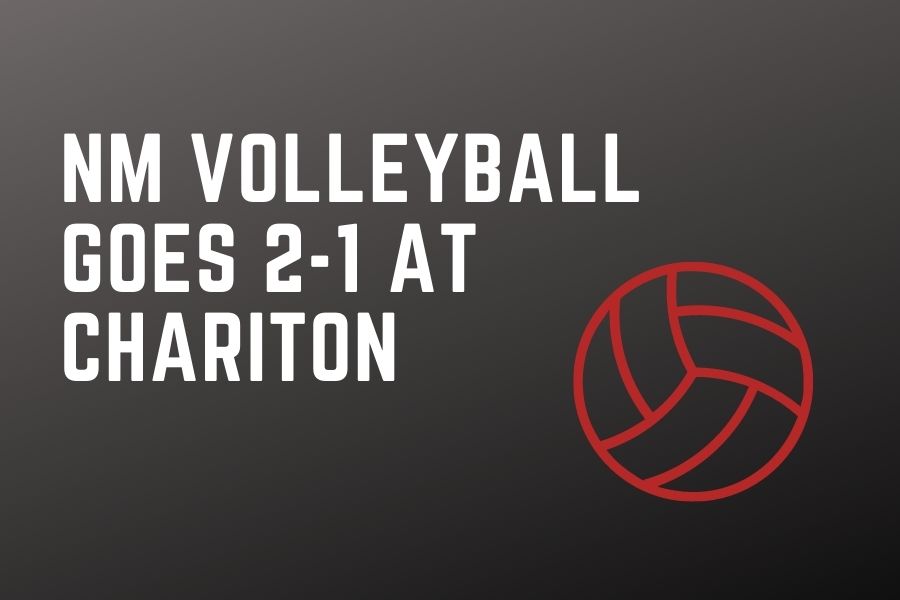 “I thought we played well against I-35, “said coach Jim Woods. “Davis County ,who is a long-time nemesis of mine, was tough, but I feel our serving and defense was too much for them. Southeast Warren surprised me the most. They were solid in all areas and quite frankly just outplayed us on offense.”

Breanna Fogle led the team in kills on the day with 13. The team served 88 percent going 102-115 with 17 aces. Madison McKay led the team with seven aces. Kaitlyn Van Donselaar and Zoe Deucore combined for 26 assists.

Woods said the loss of two tournaments has hindered his team’s progress.

“The fact that we are from 8 to 10 matches behind some teams due to the loss of the Monte and Albia tourneys is hurting us a little from both a stamina standpoint and experience,” said Woods. “But we’ll definitely get better throughout the season.”

North Mahaska travels to Colfax-Mingo Sept. 15, then hosts their own invitational on Saturday. They host two home matches with HLV on Sept. 21 and Tri-County on the 22nd.