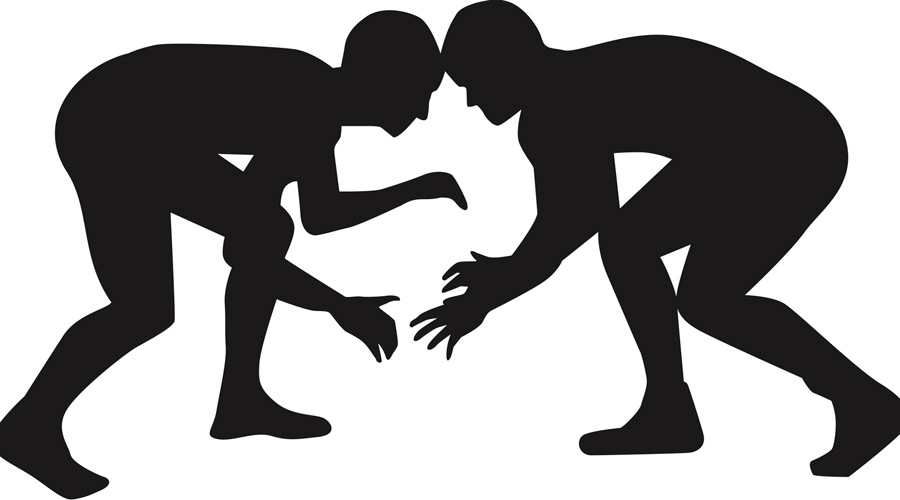 North Mahaska continued its preparations for wrestling sectionals in two weeks by competing at a team tournament at Colfax-Mingo Saturday. The team wrestled short due to injury and illness but took seventh in the 10-team tourney.

On the day North Mahaska won 20 individual matches, seven by fall and 11 by forfeit. They picked up two dual wins by defeating Lynnville-Sully, 37-36 winning on criteria, and edging Colfax-Mingo 36-30. The Warhawks were defeated by Knoxville 54-16, Hinton 45-24 and Treynor 63-18.

Matt German picked up four wins with a fall and three forfeits at 106 pounds. His pin came over Knoxville’s Dane Guillion.

Paul DeJong picked up here wins at 120 with a major decision over Marco Alejo of Knoxville, 12-1. He pinned Treynor’s Noah Neslon in 2 minutes 23 seconds then won two by forfeit.

At 145 pounds, Wyatt VanWeelden scored falls over Treynor’s Jonas Keay in 2:51 and Sean Collins of Knoxville in 2:49. He also earned a forfeit.

Michael DeJong added two more pins to his belt at 138. He pinned Hinton’s Dylan Hartman in 3:35 and C.J. Snethen of Lynnville-Sully in 2:42.

Trace Goemaat pinned Kenny Schlosser of Colfax-Mingo in1:48 and received a forfeit in his only two competitions.
Jakob Clark picked up a pair of forfeits at 195, Noah Jedlicka received a forfeit at 160 as did Lauren Basicilio at 132. Jalayna Shipley won her match over Lynnville-Sully’s Sam Philby on a disqualification.

The Warhawks have a busy week traveling to Moravia on Tuesday, Baxter on Thursday and facing the South Iowa Cedar League tourney on Saturday, Jan. 30. They will travel to Sigourney on Feb. 6 for sectionals.