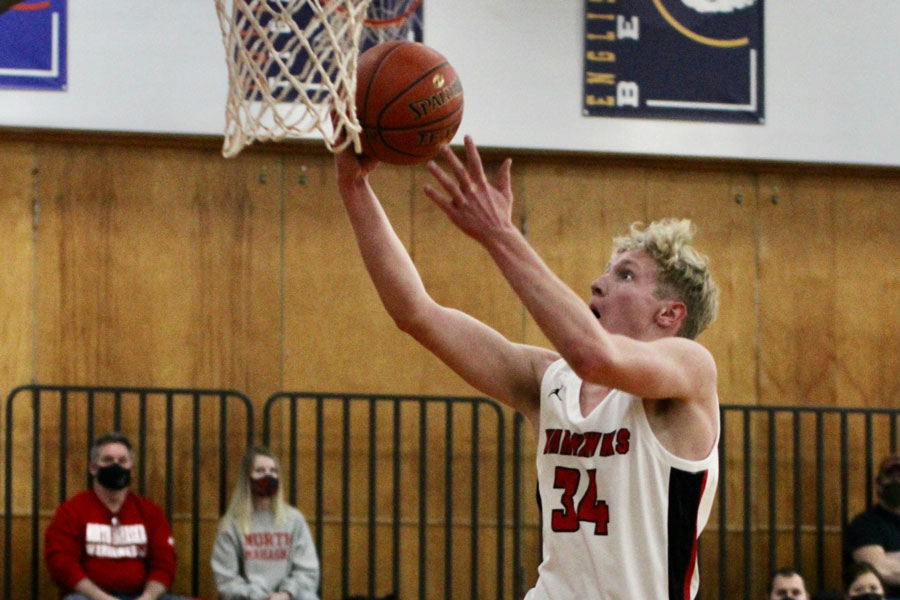 The contest was rescheduled after Monday’s weather forced a postponement and played as part of a tournament doubleheader with the NM girls playing afterward. North Mahaska, 16-4, used a big first quarter to force the Saints to play uphill all night. Nash Smith hit a pair of 3-pointers and Braden Smith went inside as the Warhawks built a 25-5 lead after one period. The contest went to a continuous clock a minute into the second half.

“We wanted to come out with some intensity to start the game,” said NM coach Seth Streebin. “We played a full 32 minutes of basketball. We want to run and we did a good job of getting out ahead of the ball and scoring.” 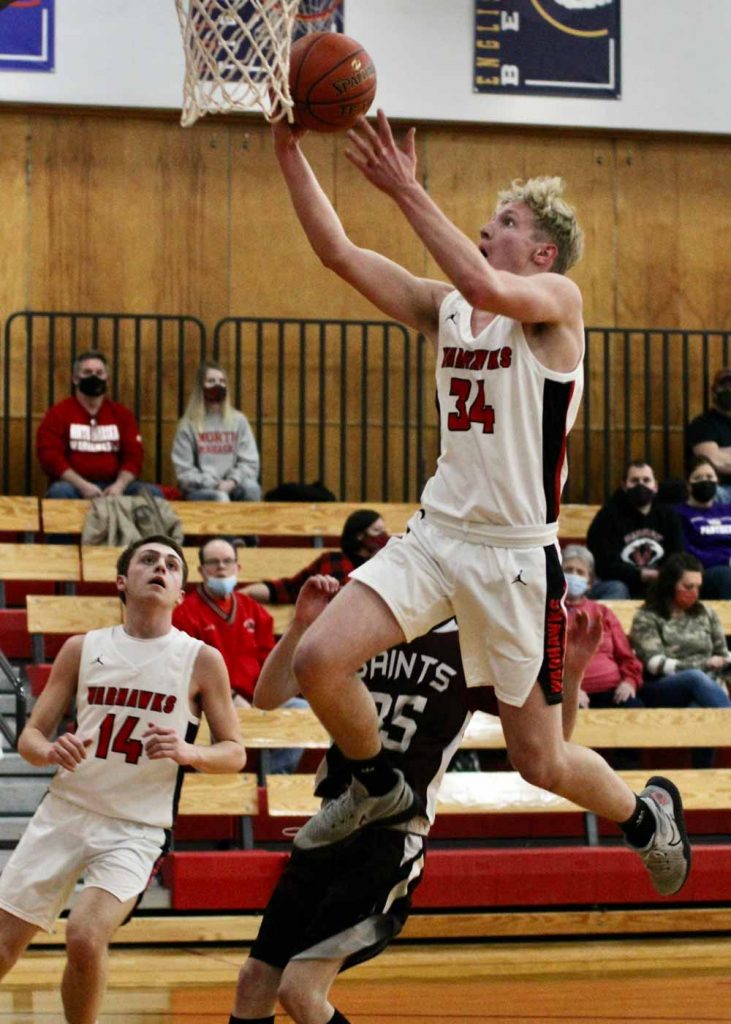 North Mahaska sophomore, Braden Steel, soars as he scores two of his game-high 26 points against Melcher-Dallas Tuesday in an 83-42 district quarterfinal win.

North Mahaska used 20 steals to put themselves in front but it was the unselfish play as the Warhawks collected 23 assists.

“We played unselfish tonight,” said Streebin. “We shared the ball and had a lot of guys score.”

Steel led all scorers with 26 points and grabbed five rebounds. Addy Bollman and Smith each scored 12 while Dylan Klinker and Lane Harmon added 10 apiece. Smith dominated the boards with 11, and added two blocks, four assists and a steal. Blake Readshaw was credited with six steals and seven assists, and Klinker had five assists and two steals.

North Mahaska will travel to Keota Thursday to face the host Eagles at 7 p.m. in the district semifinal.