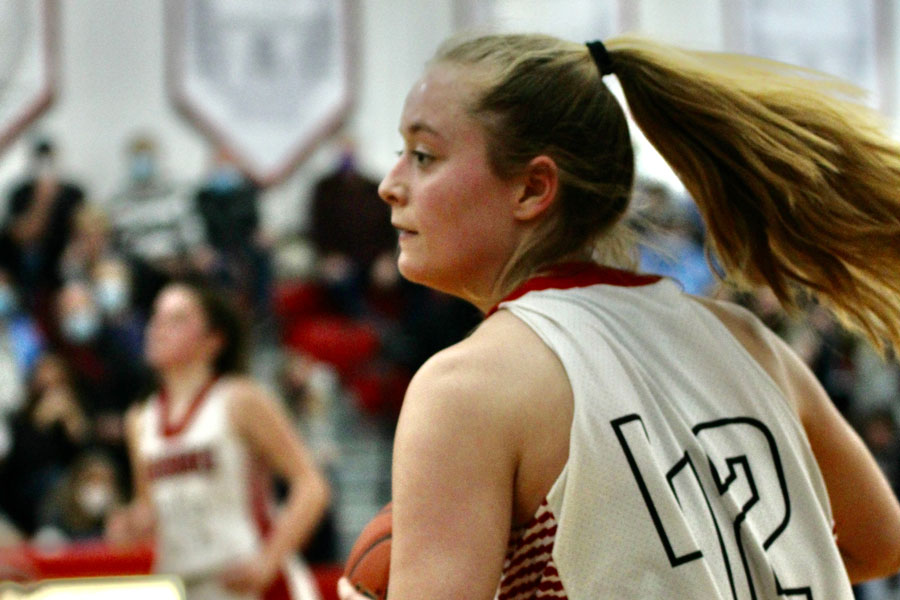 North Mahaska took down one rival and will face another in its quest for a berth in next month’s state girls’ basketball tournament. North Mahaska defeated Lynnville-Sully, 55-41 Tuesday and moves on to face No. 8 Montezuma Thursday.

North Mahaska, 15-3, played several minutes of the game without the services of junior leading scorer Layla Hargis and junior post player Breanna Fogle because of foul trouble. Enter sophomore Jessica Castaneda. She came off the bench in the first quarter and scored four quick points as North Mahaska built a 17-6 lead over the rival Hawks. She grabbed five rebounds, many at crucial times in the game. 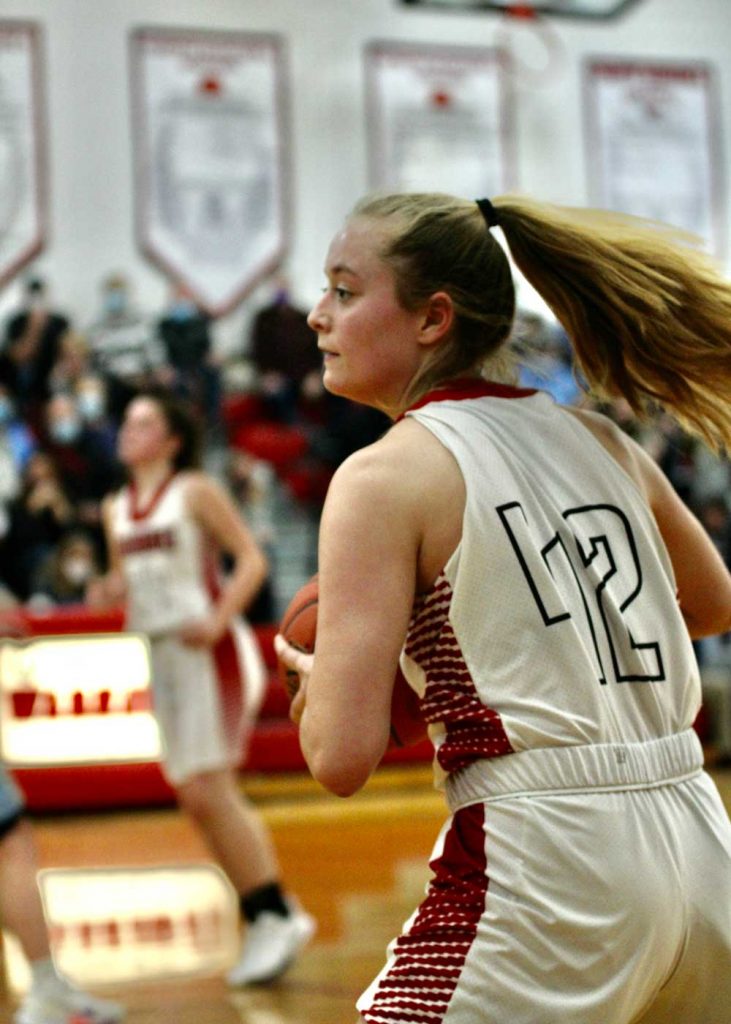 Jessica Castaneda came off the bench to grab five rebounds and score four points to help North Mahaska to a regional semifinal berth by beating Lynnville-Sully, 55-41.

“Jess played some big minutes for us tonight,” said North Mahaska coach L.E. Moore. “I am super proud of this team. They are so resilient.”

Due to school cancellations the team had not practiced since last week Lynnville-Sully (17-4) had a plan to neutralize Hargis’s presence but could not stop the Warhawk offense. Three players finished in double figures. Fogle led with 13 with juniors Addie Schilling and Kaitlyn VanDonselaar adding 12 a piece.

North Mahaska used the charity stripe to their advantage hitting 21-of-29, many of them in the fourth quarter. Meanwhile L-S was just 11-for-21.

“Free throws were huge for us,” said Moore. “They had cut the lead to three. Bre made her free throws and kept us in front.” 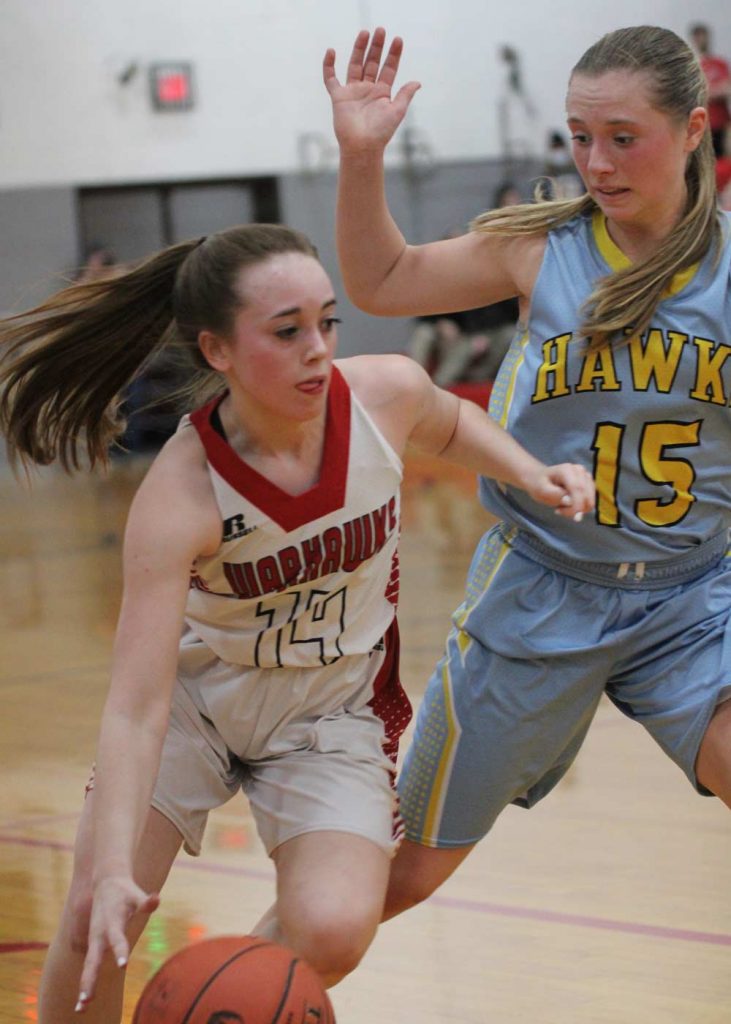 Kaitlyn VanDonselaar races around Caitlin Alberts in the first half of North Mahaska’s quarterfinal win over Lynnville-Sully.

Six players scored for the Warhawks. Senior Madison McKay chipped in eight and Hargis finished with six. NM spread out its rebounding as well. Hargis had seven while Schilling, McKay and Castaneda each had five. Schilling was credited with five assists, two steals and a blocked shot. McKay had three assists and five steals. She had two back-to-back steals that resulted in baskets in the second quarter.