North Mahaska plated a run in the bottom of the seventh inning Friday to edge visiting HLV 5-4. The victory pushed the Warhawks into a tie for first in the league with Lynnville-Sully. The Warhawk girls scored four runs in the first and held HLV scoreless to win 5-0.

North Mahaska drilled 11 hits, all singles, to secure the victory. Seniors Blake Readshaw and Dylan Klinker each drove in two runs and junior Jayden Stout drove in another to lead the way.

HLV was the first to score in the top of the second inning. NM tied the game in the bottom half of the inning then the Warriors took control with three in the top of the third. NM scored a run in its half of the third to trail 4-2. The Warhawks tied the game when they plated a pair in the bottom of the fifth and scored the game winner. Senior Grant Smith stole two bases and scored a run. Sophomore Nash Smith also stole a base and scored.

Jayden Steil picked up the win in relief. He gave up a hit and three walks with a strikeout. Nash Smith started and tossed four innings. He gave up four runs on seven hits and four walks while striking out five.

North Mahaska will close out the regular season Monday at Cardinal and Tuesday at Melcher-Dallas. The Warhawks open Class 1A district baseball on Saturday, July 10 against Melcher-Dallas at 5 p.m. at Lynnville-Sully.

In the girls’ contest, North Mahaska took advantage of five hits, three stolen bases and HLV miscues to score the win. It appeared as if the Warhawks were going to run away with the game, but the Warrior defense settled in and allowed just one run the rest of the way.

Senior Madison McKay, who was honored for her five years on the team prior to the first pitch, took the win from the circle. She yielded just two hits. She walked two and hit a batter and struck out 12. 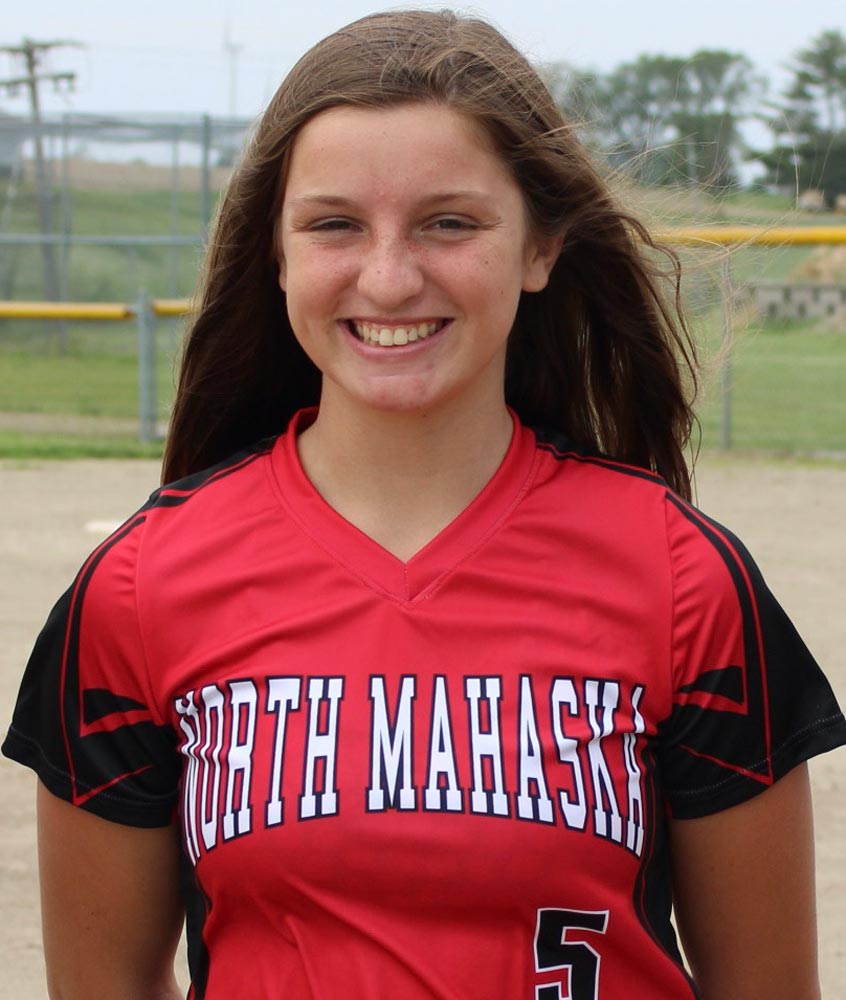 Eighth grader Cali Sampson led the team in hitting with a single and a double to drive in two runs. Colby Sampson drove in a run with a double.

North Mahaska finishes the regular season at 16-10 overall and 12-4 to tie with Colfax-Mingo for the spots behind Lynnville-Sully and Sigourney, which finished 15-1 in SICL. NM will host Keota Tuesday, July 6 in the first round of the Class 1A Region 5 tournament. Game time is 7 p.m.