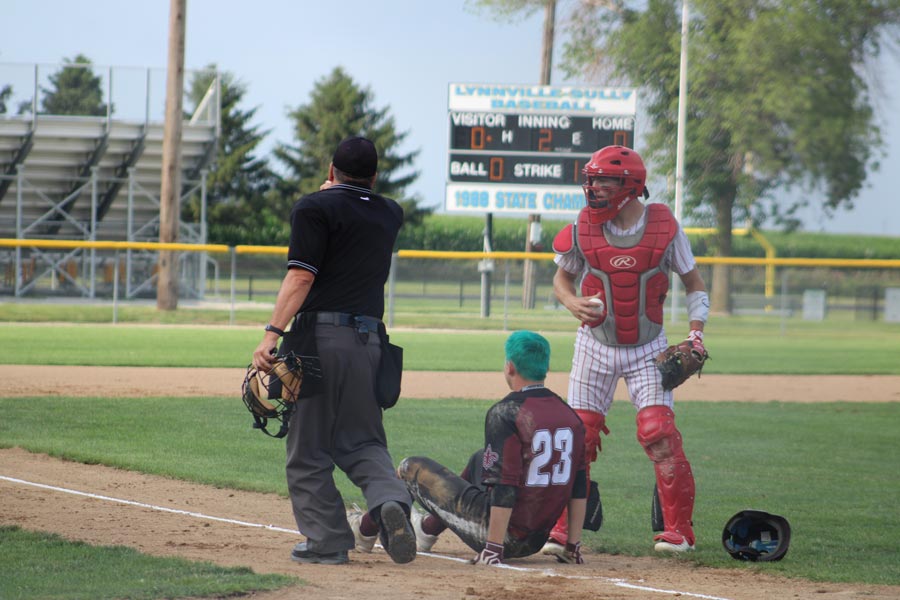 Playing a team back-to-back is always a tough task in baseball, especially if your team defeated the other by a large margin. North Mahaska was in that position Saturday facing Melcher-Dallas in the quarterfinal of the Class 1A District 8 tournament in Sully. NM had defeated Melcher-Dallas earlier in the week 17-3 Tuesday. Designated hitter Dodge Duke’s sixth inning single drove in a run as North Mahaska won 10-0.

“I don’t like it,” said NM assistant coach Mark McCulley about playing a team back-to-back.

North Mahaska scored a run in the bottom of the second, four in the third, two in the fourth before adding three in the sixth. Meanwhile, the defense provided NM pitchers Blake Readshaw and Ty Kelderman with the backup needed allowing just four hits.

All but one starter for North Mahaska collected at least one hit as the Warhawks pounded out 12 to drive in eight runs. Sam Terpstra had three hits with two RBIs. Kelderman, Duke and Grant Smith each hit a single.

Readshaw started the game on the mound but left in the fourth inning. Readshaw had control issues but earned the win. He gave up two hits, walked two and hit two batters. He struck out three. Kelderman gave up two hits a walk and struck out four in relief.

“Blake did a good job not giving up any runs when he was not having his best night,” said coach Kevin Kelderman. “We were hitting the ball well.”

North Mahaska improves to 20-5 and will face BGM (6-14), who upset Lynnville-Sully 3-2 in the nightcap. The game will be played at Sully at 7 p.m. Tuesday. The winner will advance to the district final to be played in Marshalltown at 7 p.m. Saturday, July 17. Of the eight games in the district only half of them were able to play because of weather. They will play back-to-back games on Monday and Tuesday.