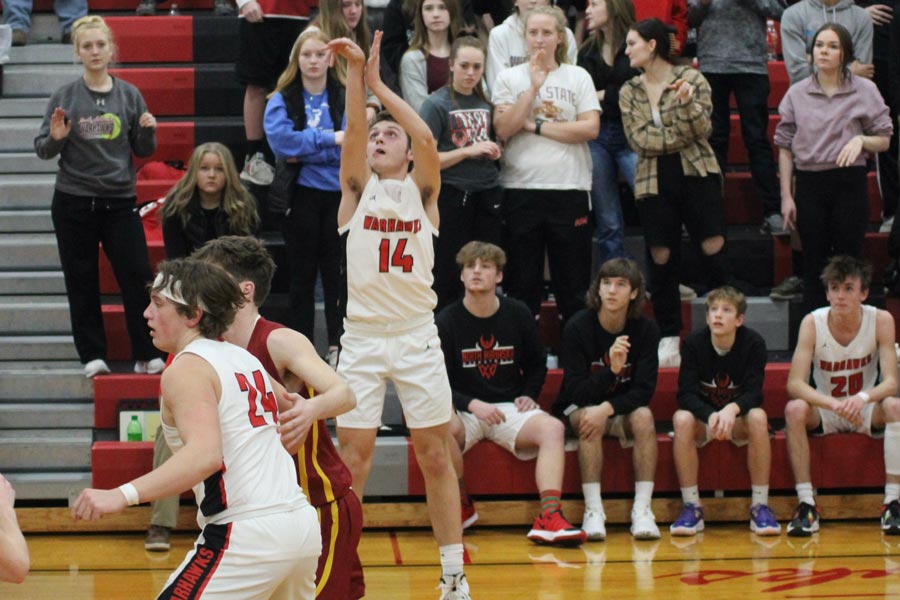 North Mahaska stepped up a class to host PCM Monday night and was able to secure a 77-71 victory over the Mustangs. The win moved North Mahaska to 5-0 on the season and 4-0 in the South Iowa Cedar League.

The two combatants went toe-to-toe throughout the first half with PCM earning the largest lead by seven points. North Mahaska’s Lane Harmon seemed to come up with the play when needed. The senior ripped the nets for 27 points, collected six steals and grabbed three rebounds. His shooting was key in the fourth quarter. NM led 54-51 entering the final frame when he opened with a trey. PCM rallied back to 62-58 when Harmon hit another to expand the lead back to seven with just under seven minutes to play. In the final 90 seconds Harmon drained a 3-pointer, hit two free throws and doled out an assist. 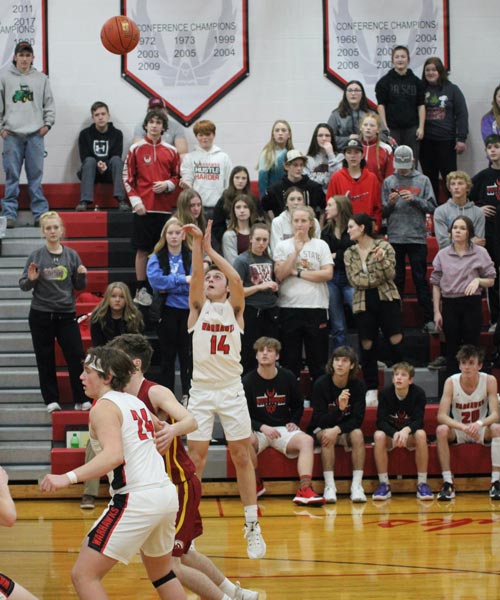 “Lane seemed to a way to score when we needed it tonight,” said coach Seth Streebin. “We were able to work the ball around. They were good sized and challenged us tonight.”

Nash Smith dropped in a pair of treys and finished with 20 points for the Warhawks. He also recorded three steals, one of which resulted in a dunk. Ethan Huffman chipped in nine points, Nolan Andersen added eight, Braden Steal had six and Sean Knockel put in five. Steel and Knockel led the rebounding effort with five apiece.

North Mahaska’s schedule does not get any easier. The Warhawks travel to defending Class 1A champion Montezuma, who is currently ranked second by the Associated Press.